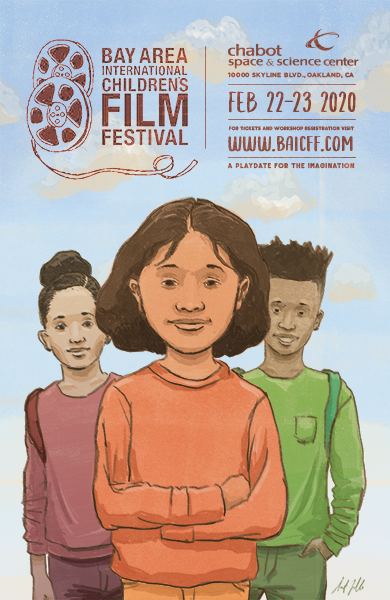 Check it out folks, I created an illustration for the Bay Area International Children's Film Fest! Its happening in February of next year at the Chabot Space Center in Oakland! Bring your kids and come check it out.  February 22-23rd 2020!

Please visit their website to see information about the films and playing and the workshops that will be offered. LINK

Save the Date  for an amazing program of films and activities inspired by our theme, The Power of Kids , as BAICFF highlights the ways that young people use their voices to change the world. Through premieres of international family-friendly films, special events, and presentations from award-winning filmmakers, the festival celebrates children  who use social justice, activism, and civic engagement to call attention to issues that affect us all.

This year's highlights include: