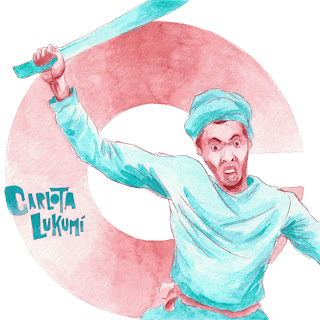 Carlota Lukumí or "Carlota La Negra" was a west African (Benin) woman who was kidnapped and sold into slavery at the age of 10 years old. Many years after being brought to Cuba and witnessing the inhuman conditions Black folks were made to work in there she secretly began using the drum to communicate messages to others in her area. Carlota and five co conspirators rose up on November 5th 1843 in Matanzas (90 km east of Havana). Their group had been toiling away in a sugar plantation owned by Julian Luis Alfonso at a time when several movements to abolish slavery were taking hold in Jamaica and other parts of the West Indies. They killed their masters, any whites they could find (including Alfonso's daughter), set fire to buildings and structures used to torture the enslaved Africans. Their revolt expanded from Triunvirato to five other neighboring plantations. Carlota is recognized as one of the only Black women to lead such a revolt. Although it was unsuccessful it sent shock waves through the white establishment as did revolts in Haiti, Brazil, and other places. I pictured her in this way because she had to be fierce and it is said that they did this with the same tools they used to cut the sugar cane with, machetes. The name Lukumi is said to come from her Benin roots and is a way to describe the Yoruba tradition of Santeria in Cuba.