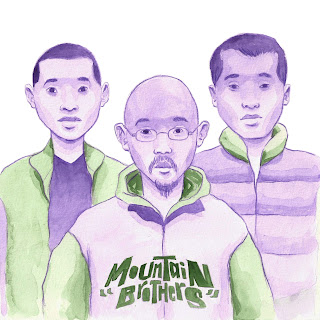 Mountain Brothers are a hip hop group from Philadelphia with members Styles, Peril-L, and Chops. Besides Key Kool & Rhetmattic, Mountain Brothers were some of the only Asian American cats rhyming and putting out records. Coming from the Bay you see lots of writers, B-boys, and DJs, but very few MCs. That all changed when I saw this trio from Philly. Their first album "Self: Volume 1" came out in 1999, and their second and last album came out in 2003. They also had an EP titled Microphone Phenomenal. MB were pioneers for Asian Americans in hop hop and although Peril-L and Styles are pursuing medicine and science Chops still continues to make music. In fact the group united for a song on a Chops record in 2013 along with cats like Dumbfounded, Bambu, Rocky Rivera, Geo of Blue Scholars, Neil Armstrong, DJ Roli Rohl, and more. The guys are Chinese Taiwanese and simply by making great music and being themselves they have made history and given young Asian American artists role models. Galaxies!!!

Did you catch the one of Mndsgn ?