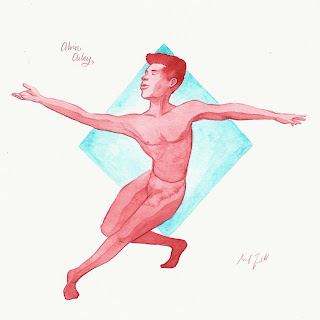 Alvin Ailey was born in Texas in 1931. He was born into a time of great struggle not only from the violence of racism, but the strain of the great depression. When he was in junior high school his mother went to Los Angeles to get a better job. She sent for him and he finished high school there. While in high school he tried out football but did not like the full contact sport. He was introduced to dance by a good friend and would join the Horton Dance Company as a teenager. He excelled and loved dance so much that when the director of the company died he briefly took the reigns. He was invited to dance in New York and stayed around the mid 50s. By 1958 he had not seen avenues or companies giving Black dancers enough of a stage so he created his own company; the Alvin Ailey dance company. This life's work would go on to win awards from the NAACP, the Rockefeller foundation, the UN, the US State Department, President Carter, and would be named "Cultural Ambassador to the world". Alvin's style further popularized modern dance as he mixed traditional movements with blues, spirituals, gospel, and later hip hop. He would add his own style to his choreography and would construct pieces such as "Revelations" and "Cry"; eventually designing over 30 pieces of choreography. His company toured in Mexico, Europe, Africa, and the USSR throughout the 60s and 80s. Alvin Ailey passed away from HIV/Aids in 1989 but his company lives on as a school and a traveling dance theater that has inspired countless young people. Myself included.