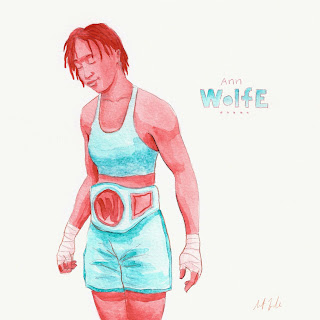 Its 2018 and its February, that means its time for "Black History Month" and this series I started two years ago called "Black is Beautiful" celebrating known and lesser known people and places in Black culture.

This right here is Ann Wolfe. She is a world class fighter from Louisiana. With one of the hardest punches in boxing she was the first woman to win 4 world titles in boxing in 4 separate weight classes. Wolfe had an extremely hard up bringing. She lost both parents as a teen, was molested, faced homelessness, and was trying her best to make it as a single parent. She was inspired by seeing fighters in tv and got Pops Billingsley from Austin Tx to train her. Pop, would mold her already aggressive fighting style into champion winning punches. Wolfe started boxing in the mid 90's and retired in 2016. She was cast as the amazon warrior Artemis in last year's film Wonder Woman and went on to build on the legacy her trainer Pops built by teaching young fighters who had lost their way or had as much anger as she did as a young woman. Wolfe is a proud gay woman and the mother to three kids.