Who is She? 13 - Antonia Hernandez 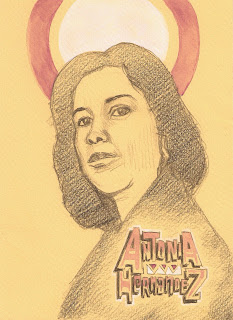 Antonia Hernandez is an attorney based in Los Angeles who now runs the California Community Foundation. She is the daughter of Mexican immigrants from Coahuila, Mexico. She graduate from Garfield high school in East LA, and went on to get her law degree from UCLA in 1971. She quickly began using her degree to fight for the rights of Latinxs in East Los. I found out about her through the ground breaking documentary "No Mas Bebes" about Mexican mothers who were sterilized against their will or without their knowledge. Antonia with several of the women who were victims of this practice sued in a landmark case that would make it illegal to perform such activites without a bilingual representative and the documents in the mothers native language. Later Antonia would become a part of MALDEF-the Mexican American Legal Defense and Education Fund. There she would work over 20 years fighting for immigration, language, voting, and healthcare rights for Latinxs nationally. From an early age she was involved in boycotts for the UFW and attended many protests. She is a fighter and has been awarded many times for her work.