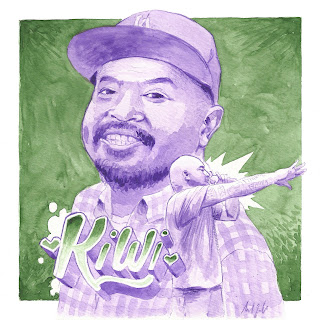 Kiwi, kiwizzo, Jack, so many names for this guy. You'll never find a more kind, talented, and humble MC. First time I saw Kiwi was at an underground show in San Jose (Shout out Megabusive!) around 1999? I came to watch Wonway Posibul (DJ Wonway), Ken, and Ayentee from "The Secluded Journalists" perform and battle. I remember hearing him first. He was up there just flowing, rhyming, gesturing with his hands, smiling, and demonstrating what it meant to rock a party. Line for line, with an incredible cadence and control of breath I remember saying to myself that dude is dope!! I was familiar with "Key Kool & Rhetmattic" but i'd never seen an Asian dude rip in person. Later I saw he was part of a group called "Native Guns" with DJ Phatrick and Bambu. And through mutual friends we met. Recently, I finally told him how much I respect him as an artist and recounted that night.

Originally from LA, he's called the Bay home for more than 15 years I think off and on. He is a founding member of the group "Mass Bass"and has released 7 EPs/LPs, countless tracks, and still has bars that are relevant to today's struggles. Rhyming for over 20 years this cat talks about police brutality, toxic masculinity, racism, organizing, Pinoy pride, indigenous people, skillful raps, and being principled. And if you've ever seen him perform at a protest, concert, or benefit you know he lives what he speaks. He's also a talented graphic designer working with Design Action Collective. If you love Kiwi, give him some flowers buying his music, his shirts, following him, and putting his name in the hip hop history books as one of the illest. Salute!!

Check out this interview w/ Kiwi by Dregs One 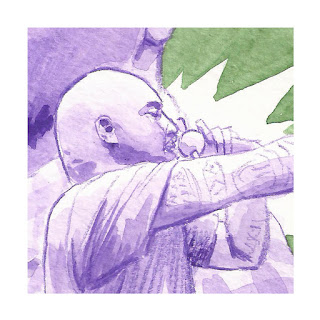 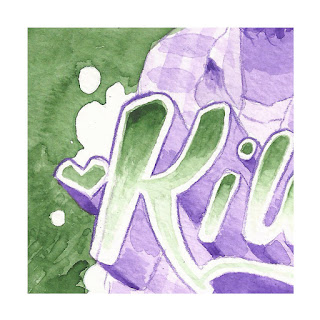 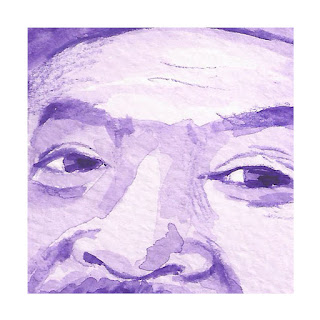 Dig this? Check out the painting I did of Anderson Paak.