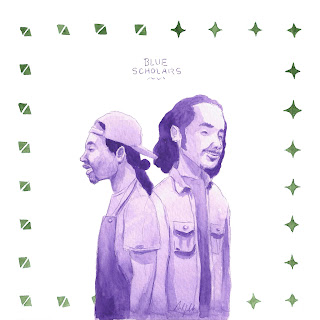 Blue Scholars (play on Blue Collar) is a pioneering hip hop group from Seattle Washington and met at the University of Washington in 2002. They've had a prolific career as a group, solo artists, and as  founders of other groups. Their self titled first project dropped in 2004 and they've released three LP's and four EPs. Geo (Pinoy) brings a deep voice, incredible delivery, lived and studied experience to the mic as a rapper, educator, and former poet. Sabzi ( Iranian) is a versatile musician/ producer whose beats bring a cinematic storytelling element to each song; spanning many genres. Geo started rapping in high school and worked as a community organizer in addition to the Wing Luke Museum. Sabzi is a trained pianist who also was a punk music drummer. These cats have performed all over sharing stages with big names and hitting the on stages at Rock The Bells, Bumbershoot, SXSW, and the Sasquatch fest. Some of the projects were released with labels but most has been done independently. Good old bars, hip hop culture, race, class, imperialism, cultural heritage, and their native Seattle are common topics.

Sabzi has produced for many artists. He co-founded "Common Market" with rapper RA Scion and "Made in The Heights" with singer Kelsey Bulkin. He's got his project called Town Folk (Because both Seattle and Oakland call themself "The Town"), and has put out a bunch of instrumental albums.

Geo (Prometheus Brown ) is now a Dad and co runs a bakery called "Hood Famous" with his partner, chef Cherla Amlag. Besides that he started a group with LA native Bambu called "The Bar", signed to Beatrock Music, and has a project called "Rappers with Cameras".

Although I know Seattle for its indie rock scene. I have to remind myself about how big the hip hop scene there is with cats like The Physics, Macklemore, Canary Sing, Good Medicine, Jake One, Mario & Malice Sweet, Thee Satisfaction, and the OGs Sir Mix-a-lot and Ishmael Butler (Shabazz Palaces/Digable Planets). Please listen to Blue Scholars and support their respective projects. Fellas, visited last year and I love your city. Respect.

Did you see the last one I did of Raveena?
What about the painting of The Mountain Brothers? 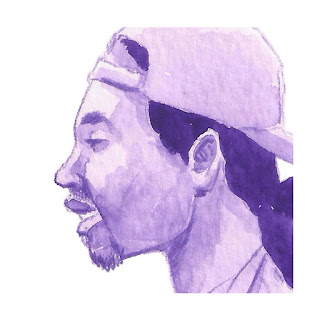 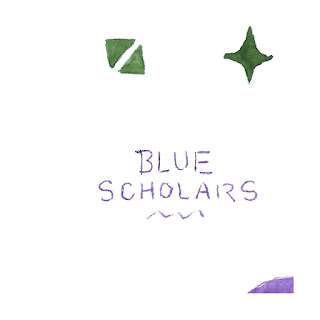 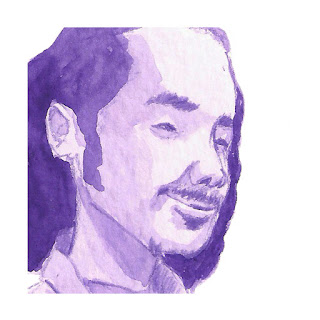