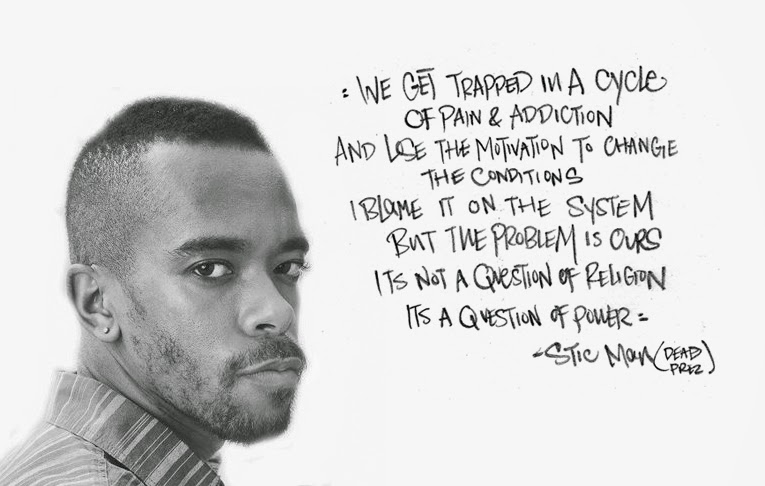 From the song "Window to my Soul" . Photo from Huff Post photographer Pascal Kerouche.
What is this? Handstyles! For as long as I've been drawing I've been practicing lettering. First i. the form of Graffiti, then calligraphy, graphic design, kerning, type setting, sign painting, and so many other forms. I'm not a designer or a lettering specialist, but I can hand write a few different styles and enjoy hand lettering when it's done right.
Dig this? Check out these lyrics by Tupac
Or these letters for Hyphen or Colorlines magazine
Check out this Zach de La Rocha quote
0 comments
Email ThisBlogThis!Share to TwitterShare to FacebookShare to Pinterest
Labels: Art of Robert Liu-Trujillo, hand lettering, hand styles, hip hop, lettering, Stic Man, type art 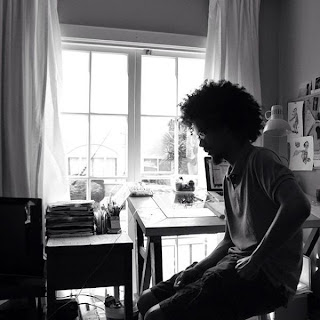 Cassidy and Tyler (from Bevel) came by and did a quick interview about "Furqan's First Flat Top". The company Bevel makes shaving products specifically for men of color and has spearheaded a blog to focus on creatives, barbershops, black hair, and style. Go check it out at BevelCode.com
I'm working on the book yall!
0 comments
Email ThisBlogThis!Share to TwitterShare to FacebookShare to Pinterest
Labels: Art of Robert Trujillo, Bevel, Bevel Code, feature, Furqans first, Furqans first flat top, interview 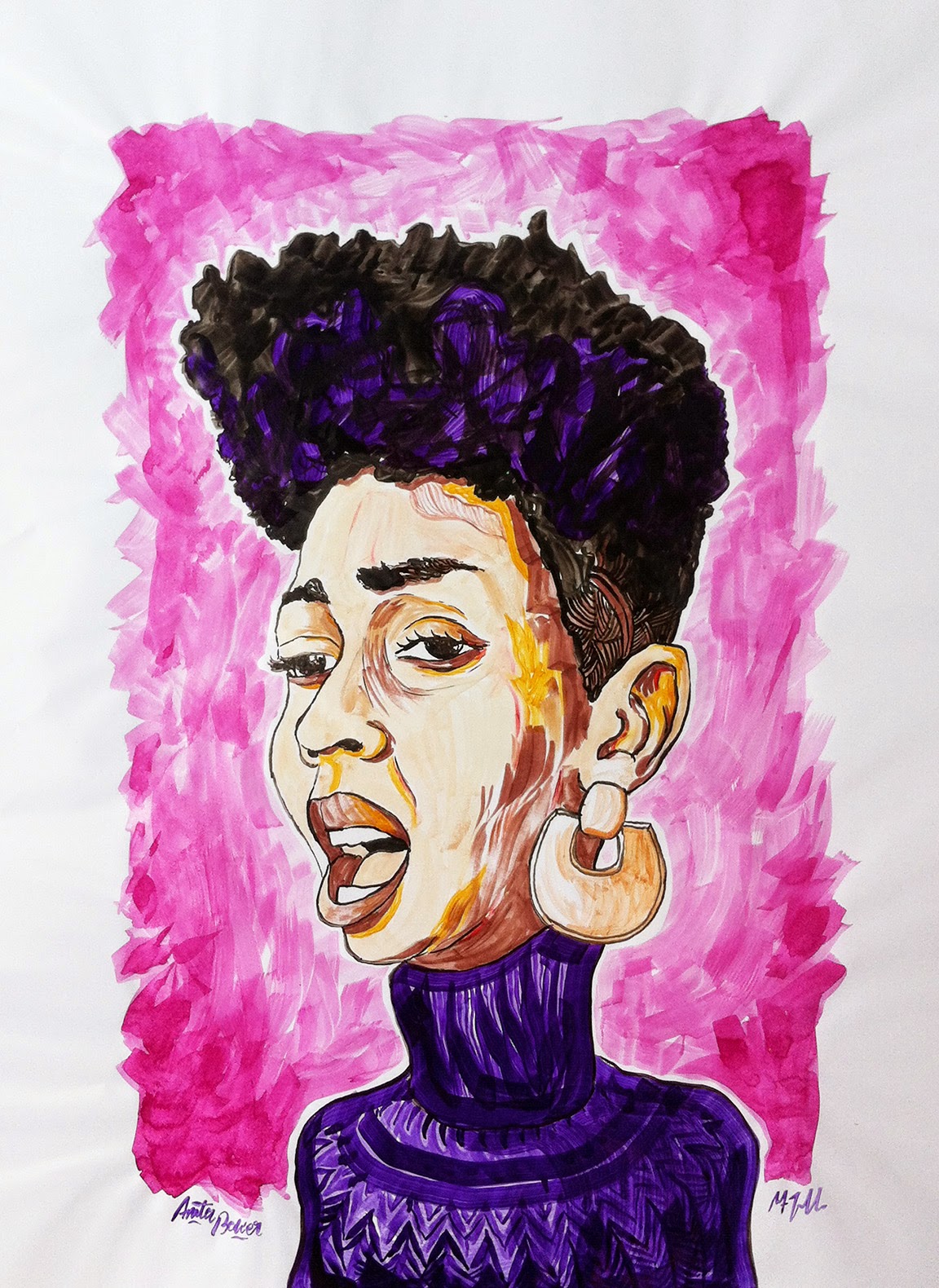 Welcome to a new series of portraits based on soul musicians. I'll be experimenting with different styles as usual and putting up some classic and questionable soul artists.  This one was done with ink, markers, on ink jet paper. I t wrinkled, but it was still fun to do.

Anita Baker: I grew up listening to Ms. Baker and always loved her voice. I play the classics like Rapture, Good love, and Angel . Long live that deep voice of Anita! Some folks that have sampled her sound that I love are Thee Satisfaction, Ras Kass, and Abstract Tribe Unique.
If you dig this check out: Andrew Ashong , H.E.R. 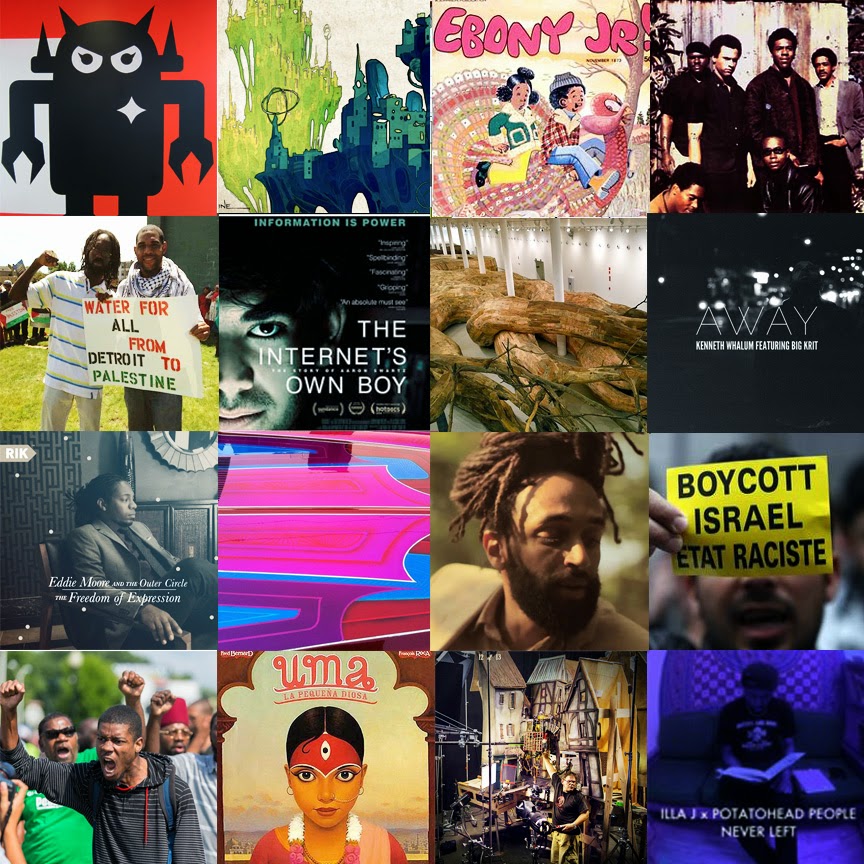 From Left to right: Giant Robot logo from "SuperAwesome show in Oakland, Paul Lasaine painting/setting, Ebony Jr magazine! Did you know this used to exist? I didnt., Black Panther Party-what they did rings so true right now. Solidarity between folks in Detroit to Palestine dealing with oppressive forces of US Govt/ corps. The internet's own boy-dope doc about Aaron Schwartz, Art installation of Henrique Oliveira, AWAY by Kenneth Whalum feat Big Krit! Eddie Moore & the Outer Circle-Passing By, Hood of a lowrider at the Art Meza "Lowriting" exhibit/ on Mission SF, Andrew Ashong-musician, Movement to Boycott Israel's occupation/Apartheid of Palestine! Youth reacting, taking action, and becoming politicized in Ferguson-RIP Mike Brown, UMA, a book illustrated by Francois Roca, Set design of The Boxtrolls by LAIKA, and "Never left" by Illa J and Potato head People.
0 comments
Email ThisBlogThis!Share to TwitterShare to FacebookShare to Pinterest
Labels: inspiration, inspiration board, Inspiring stuff 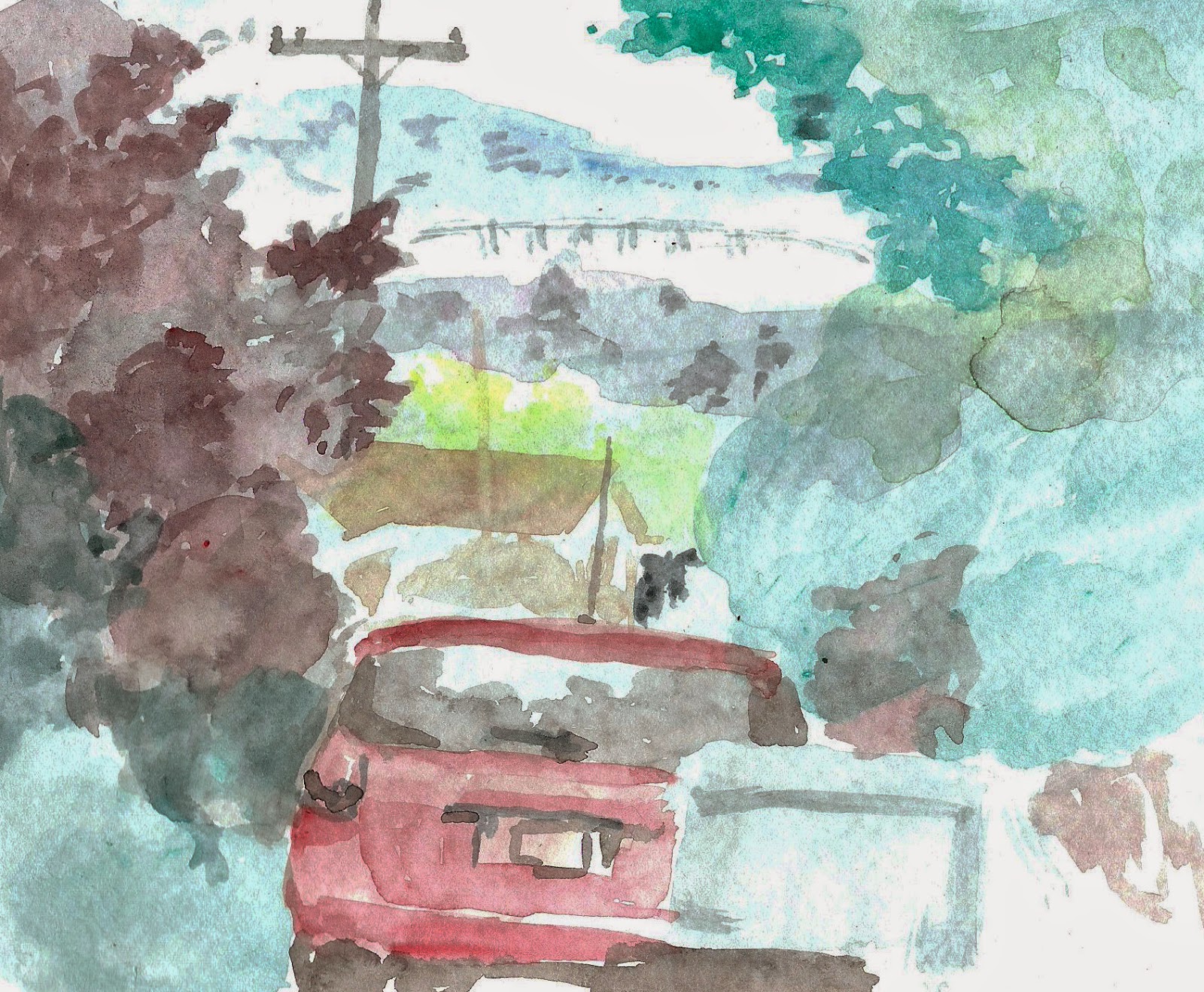 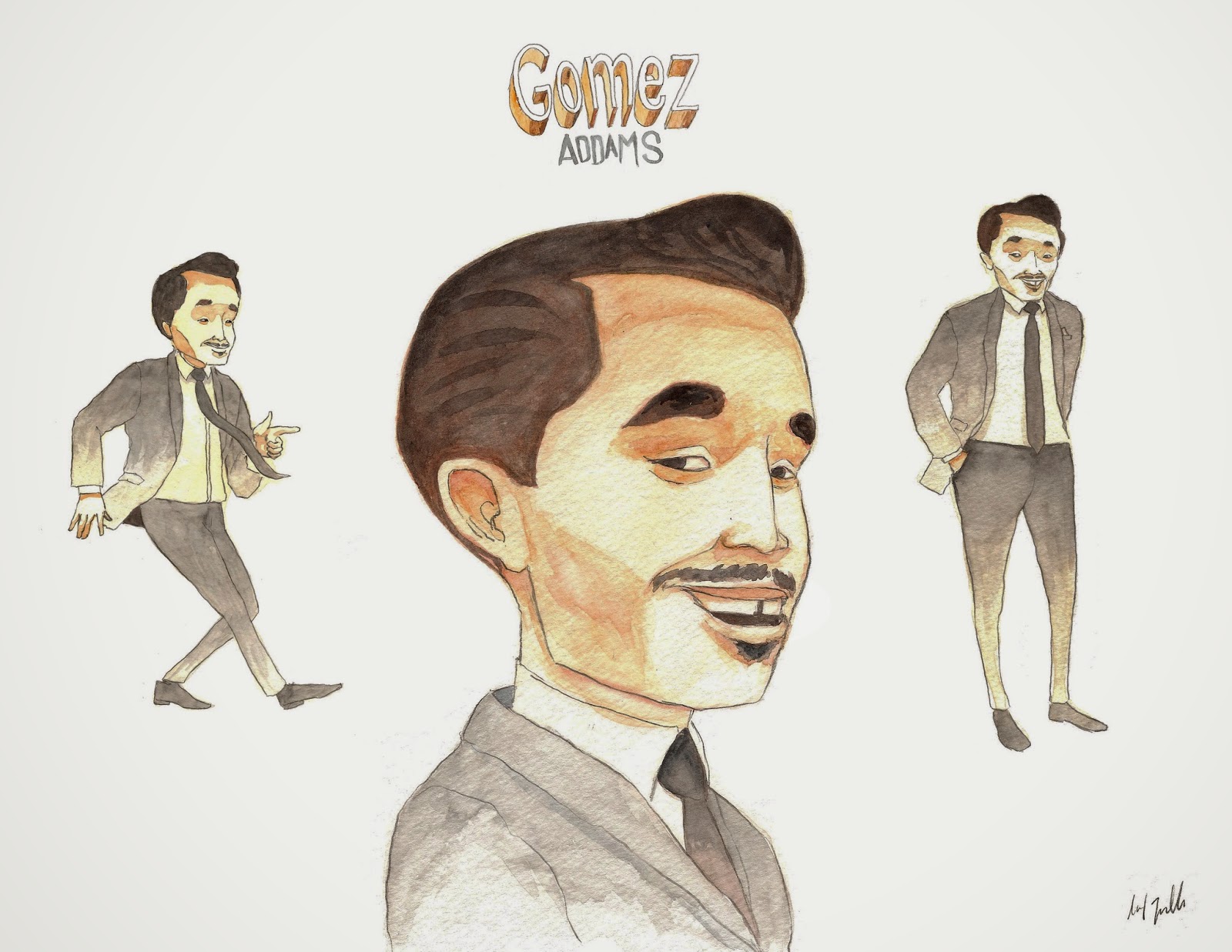 Wanted to do my version of the Addams Family head, Gomez.  He's got a bit of my grandfather in him. 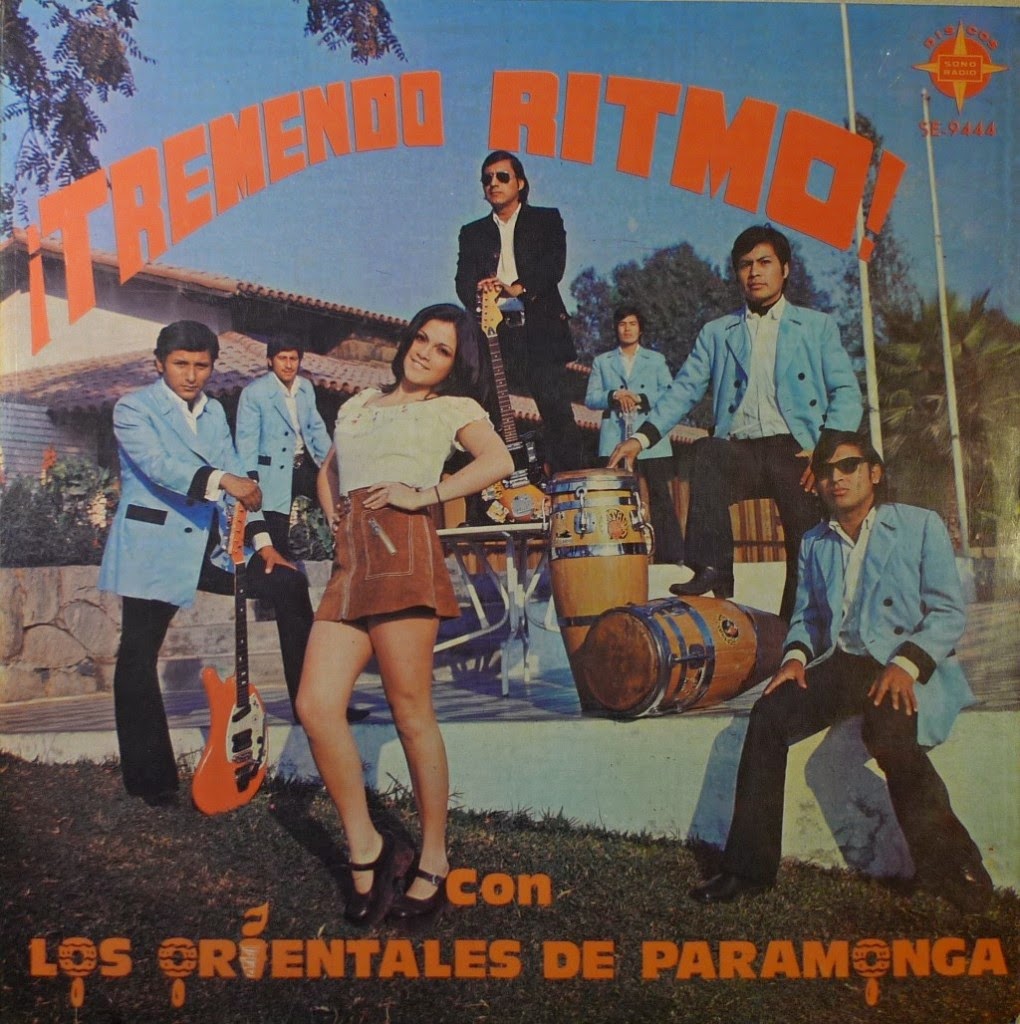 What a beautiful song, been loving this jam for years and finally wrote something about it. Shout out to Super Sonido blog for putting me on to this. More at
Muphoric Sounds