Heres a portrait of these siblings. They are 5 and 8 I think. They are Spanish, English, and Croatian. 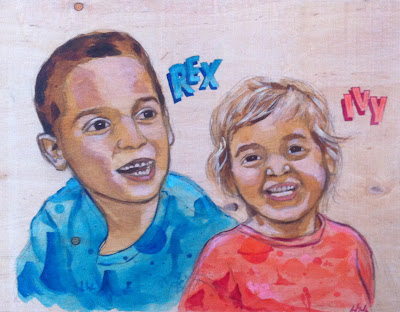 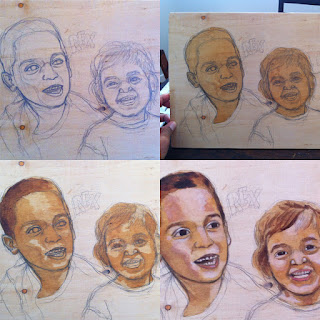 If you would like a portrait of a child/children painted as a gift to yourself or for someone else please check out my store and purchase there. Thanks!
0 comments
Email ThisBlogThis!Share to TwitterShare to FacebookShare to Pinterest
Labels: Art of Robert Liu-Trujillo, Childrens Paintings, Childrens Portraits, hand painted, SF Etsy

Peace!
As a kid, I did not enjoy reading or writing. The stories I was introduced to from elementary to high school rarely reflected my life, interests, or my cultural roots. Now as a storytellerand a father, I’m telling some of the stories I wish I’d seen coming up. The stories are about culture, pride, love for self and community, adventure, and imagination. And for me, to tell these stories, it takes a lot of long hours make-believing.
A program like Chapter 510 is helping young people write. It’s helping them make learning a reality.
I got connected with Chapter 510 from the very beginning. Right away, I knew these educators and writers were awesome and that they not only wanted to reach kids, but that they had in fact already been doing it in their own ways. Getting children of color writing about their lives. Getting books made about cool subjects like Harlem and publishing them in Oakland. We collaborated on several projects. 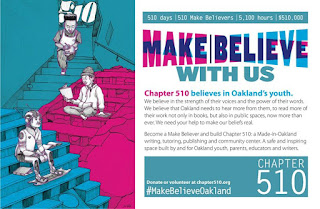 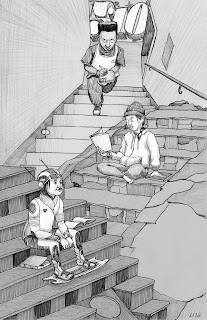 donated my drawings to Chapter 510 because they are a beautiful community-based arts project. It has been so fantastic to watch the program grow.
Now they have this sanctuary. A writing center to be, where my murals sit everyday waiting to make new friends among books, zines, artwork, and artifacts that inspire “Make Believing.” 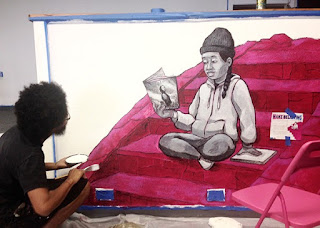 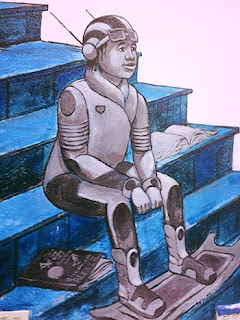 We need your donation and support today to open the writing center. Your money supports free writing, bookmaking, and publishing workshops for K-12 students in Oakland. Your support by sharing the campaign and spreading the word helps build awareness about the work we’re doing and allows us to find new additions to the team.
Please donate to these special folks. They are doing monumental work equipping kids like Jade and Kayla at MetWest High School with tools for change: WORDS.

All our kids, mine included, need artists and allies in the classrooms supporting teachers and bringing learning home through making and believing.
I have so much respect for Chapter 510 and the way they support kids, artists, teachers, nurturing the cultural pulse of this city.
Join me in supporting an awesome writing program for Oakland’s kids.
Blessings,
Robert Liu-Trujillo

If you build it-Project H 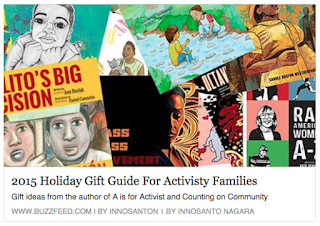 Im so honored to be included on this LIST of awesome children's and teens books on BuzzFeed!! It was created by Innosanto Nagara , author of A is For Activist! 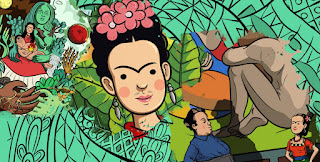 Check out this awesome list of Latina Heroines inspired children's books by REmezcla. 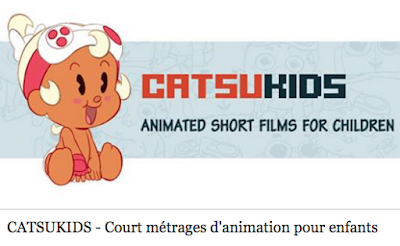 Catsuka, a French website is always putting up inspiring animation from all over the world that we just dont see in US TV or advertising markets. Check out this list of child friendly short films.
0 comments
Email ThisBlogThis!Share to TwitterShare to FacebookShare to Pinterest
Labels: Animation, Buzz Feed, Catsuka, childrens books, press, press feature, Remezcla, storytelling

I cannot wait to see this short. It will be the first time I get to see Sanjay Patel's work like this and it will be one of very few times when I've seen a major film company like DreamWorks or Pixar dedicate the time and promotion to a story featuring a young child of color. I think if you asked most staff they would say they just want to tell a great story, which I wholeheartedly agree with. But, I don't think they fully understand and appreciate just how much nuance, light, darkness, bravery, triumph, humanity is dedicated to white characters / children's stories. That devotion whether intentional or not teaches people about white people. But, children of color whether they are from India, Pakistan, Ghana, Tanzania, Mexico, or Cuba need to see themselves reflected in the same complexity too. And white kids need to see this as well because when you can feel for someone, understand who they are and where they come from, there is less ignorance, racism, fear, xenophobia, and prejudice that translates to laws, procedures, borders, walls, murders, etc. Listen to this interview w/ Sanjay Patel Here is the trailer for his short film "Sanjay's Super Team" which I am more excited about seeing than the film it proceeds.
0 comments
Email ThisBlogThis!Share to TwitterShare to FacebookShare to Pinterest
Labels: Animation, inspiration, Inspiring stuff, Sanjay Patel, Sanjay's Super Team, we need diverse animation 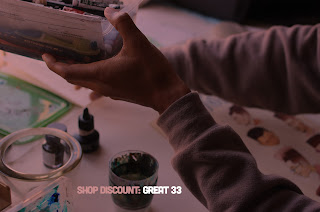 So this code listed in the image GREAT 33 is good for 20% off your entire purchase on any of the items in my SHOP. If you were thinking of getting a portrait, custom painted switch plate, print, or affirmation (yeah, i still have those)now is the time. Happy Holidays. 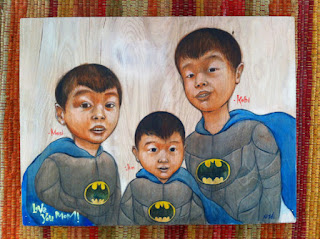 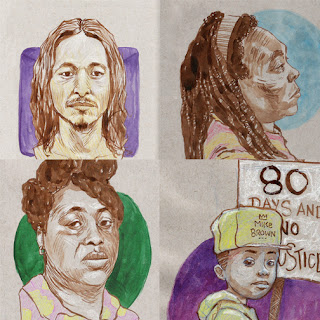 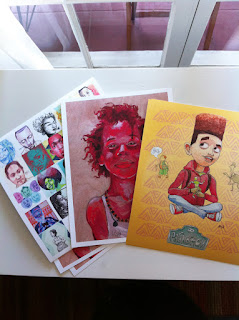 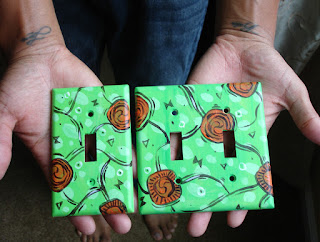 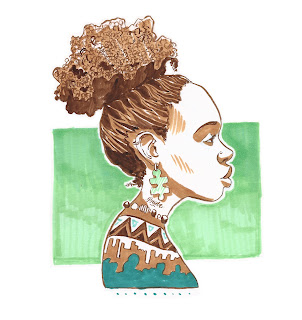 0 comments
Email ThisBlogThis!Share to TwitterShare to FacebookShare to Pinterest

Chapter 510, an organization that I've worked with extensively over the past 2-3 years. They do good work for the future writers/authors of Oakland. Bay Area rap legend Lyrics Born This Jake Parker campaign is over , but you can still cop one on his site i believe. Tephlon Funk, this too is over but you can still support it by going to tephlonfunk.com/ wawmedia.co 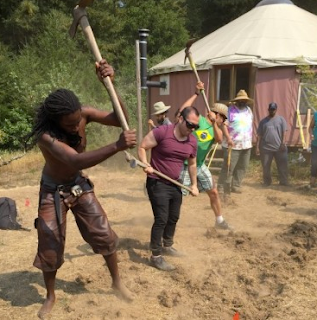 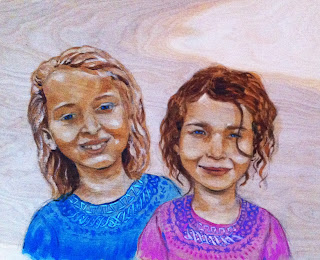 This is a portrait of two girls that go to my son's school. They are Olivia and Brenna. They are Irish, Czech, German, Polish, and Welsh. Theyre about 10 and 7 I believe.

If you're interested in having a portrait painted of your child or children , you can view my Etsy page
0 comments
Email ThisBlogThis!Share to TwitterShare to FacebookShare to Pinterest
Labels: Art of Robert Liu-Trujillo, Children's Portraits, hand painted
Newer Posts Older Posts Home
Subscribe to: Posts (Atom)