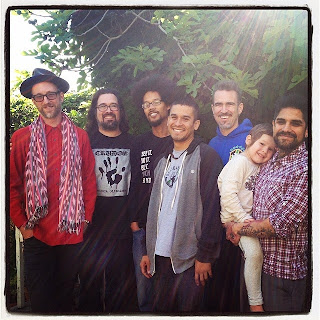 Quick Rad Dad: Yo! It's official, the Rad Dad magazine collective just launched a kickstarter to support the creation of three new magazines for the year of 2015! But before I get into the particulars of this I wanna talk about why I get down with this crew and why it I'm involved in another crowd funded project. Were a multicultural/background crew of dads who wanna continue to make a dope magazine that is funded by cool ass people like yourself, not the military or patriarchal bullshit. Wanna talk about our children being murdered? Rampant disrespect of our sisters and trans bredren? Wanna help us raise these babies right? Become a contributor to the mag. 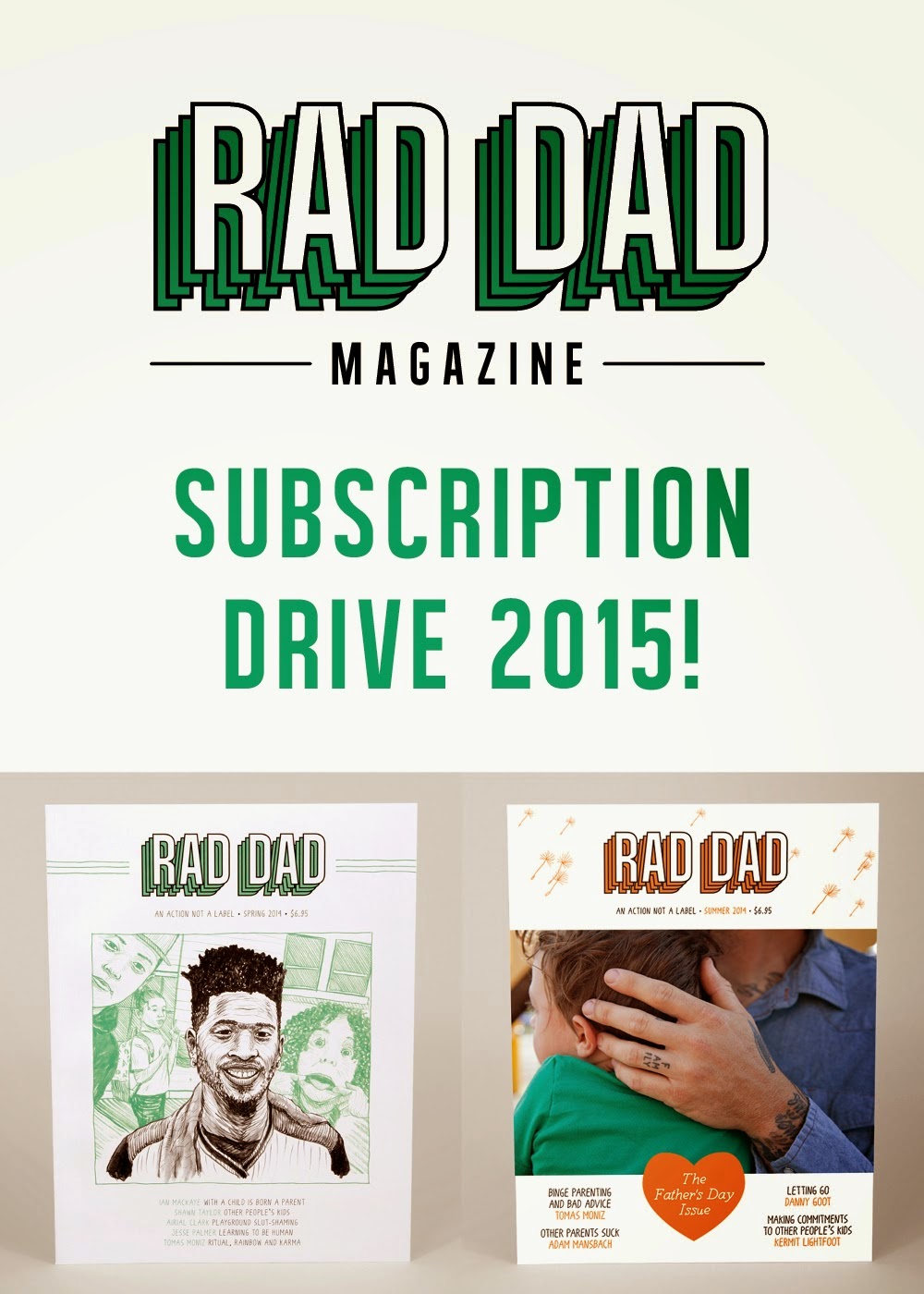 Long RAD DAD: First, when I became a dad I made a commitment to my son to always be there, to always do my best, to teach, love, and to protect him in anyway I can. There are some days when I have triumphed at this amazingly and days when I've failed horribly. When you are a young father you think you are all alone out there. Sometimes you get into arguments with your partner, your parents, your partners parents, people on the street,etc. There are always people trying to tell you how to raise your child. And truth be told you $#%& up a lot. But it is priceless when you find another father willing to offer advice, not to tell what you're doing wrong but to confide in you that they screwed up too. And to tell you that it will get better and that despite of race, class, background, gender, whatever you can do it. I've been fortunate to get some good conversations with dads like this of all kind of backgrounds, rich, poor, black, white, asian, latino, transgender. I think that a lot of Tv, media, and news don't tell enough of our stories as fathers. Especially these moments when we reach out to one another and show love.

I read the Rad Dad zine as just another guy before I met Tomas Moniz or the rest of the crew. A fellow dad shared it with me. i love zines for their attitude of "do it yourself". Zine makers don't wait for funding or a publisher, or advertisements; they just make it happen. And that is what Tomas did with countless other dads for nearly a decade. Last year he got a cast of characters together to make a new form of that zine happen. He crowd funded the 3 issues we have put out in 2014, the first of which, my work was on the cover for. And now we're going to do it again.

Why crowd funding? It was explained to me when I was just a child literally that a system exists which works towards a goal, one goal. That system of Capitalism has many working and moving parts here in the US and globally which strive for money, control, and power. It enforces its control through many means and Patriarchy is one of them. Patriarchy is a disease that says women are less than. Its one which puts women down, asks men to beat, curse, and disgrace them. And it teaches men to pick up a gun instead, rape, or fuck a woman and leave-instead of raising a child, getting consent, and showing love to one's fellow human being. Now believe me, I am no saint and have fucked up before. But I believe in this magazines potential to reach parents and parents to be out there, especially young men. I believe we and the people we reach out to have something to say that goes against the system of Patriarchy and Capitalism. It ain't the end all to be all, but it is definitely a magazine that isn't going to be quiet or accept adds from cigarette companies and the National Guard, feel me? So we turn to crowd funding because we know there are people who agree with us, and we know that there are folks who could make up their own mind about parenting if they had another view point to chose from. Ok, stepping off soapbox.

Reasons to support:
1. We are pro print! Get this thing in your hands, touch, feel it, pass it on

2. We are multicultural/multi-background crew of fathers, mothers, and allies. Diversity is important.

3. We are feminists who are dads, and are fighting against Patriarchy

4. We are a collective that collaborates to put this thing together

5. Rad Dad's is not what we are, but what we aspire to be

6. We believe in Rad as in "Radical Parenting", which sometimes challenges society and grandparents.

7. We hope to continue providing a platform to talk, vent, discuss, share, and celebrate parenthood.

Spread the word y'all, especially to blogs, sites, radio programs, and places that have the ear of the people. One love!
-Rob 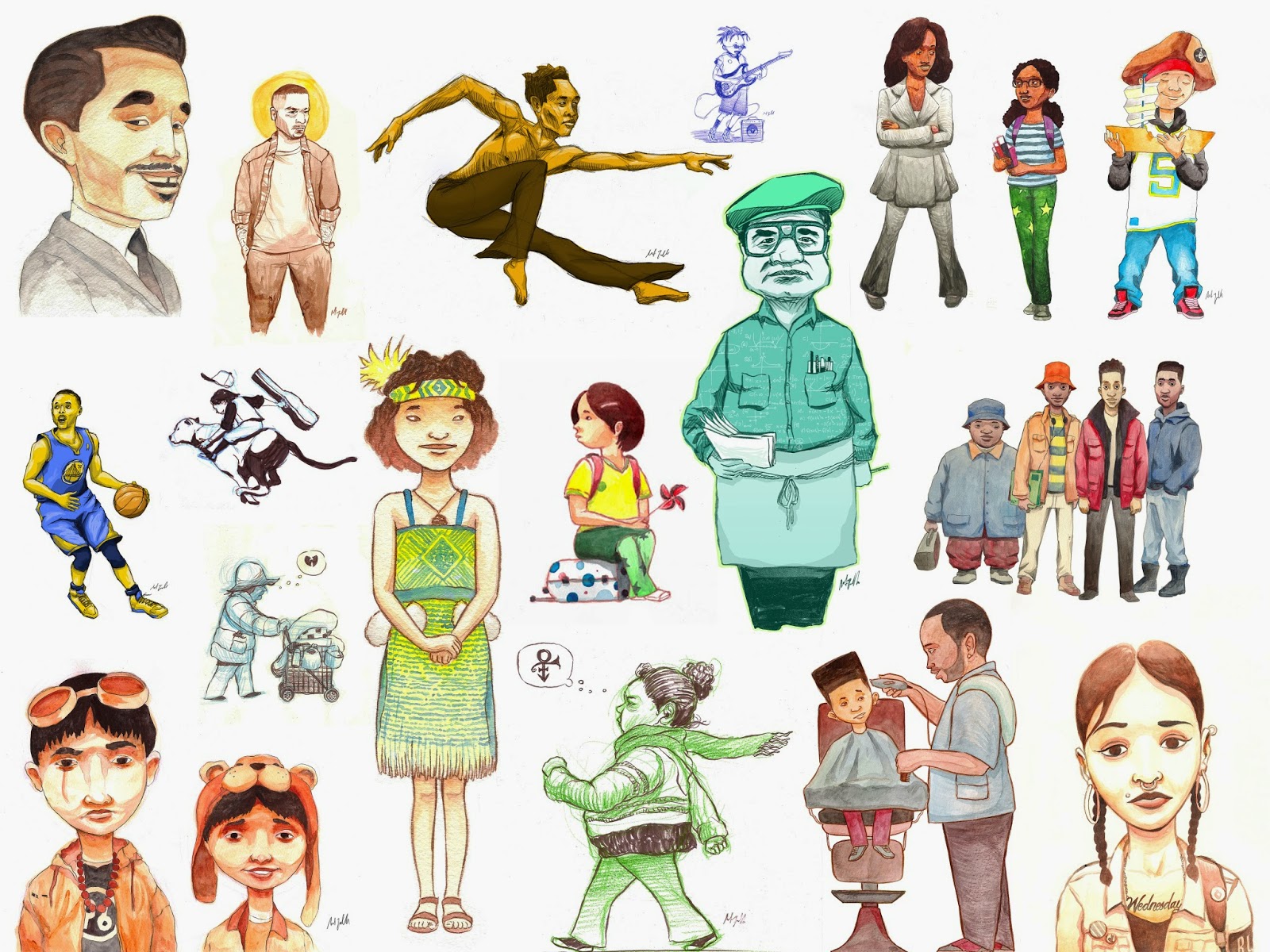 Been a year since I last updated a collage with characters from practice, study, finished paintings, and sketches. These characters are an effort to build my skill in storytelling by developing the look of the people I want to see in the type of stories I want to tell.

This isnt new or strange, but inspiring because these kids can cut!
0 comments
Email ThisBlogThis!Share to TwitterShare to FacebookShare to Pinterest
Labels: inspiration, Inspiring stuff 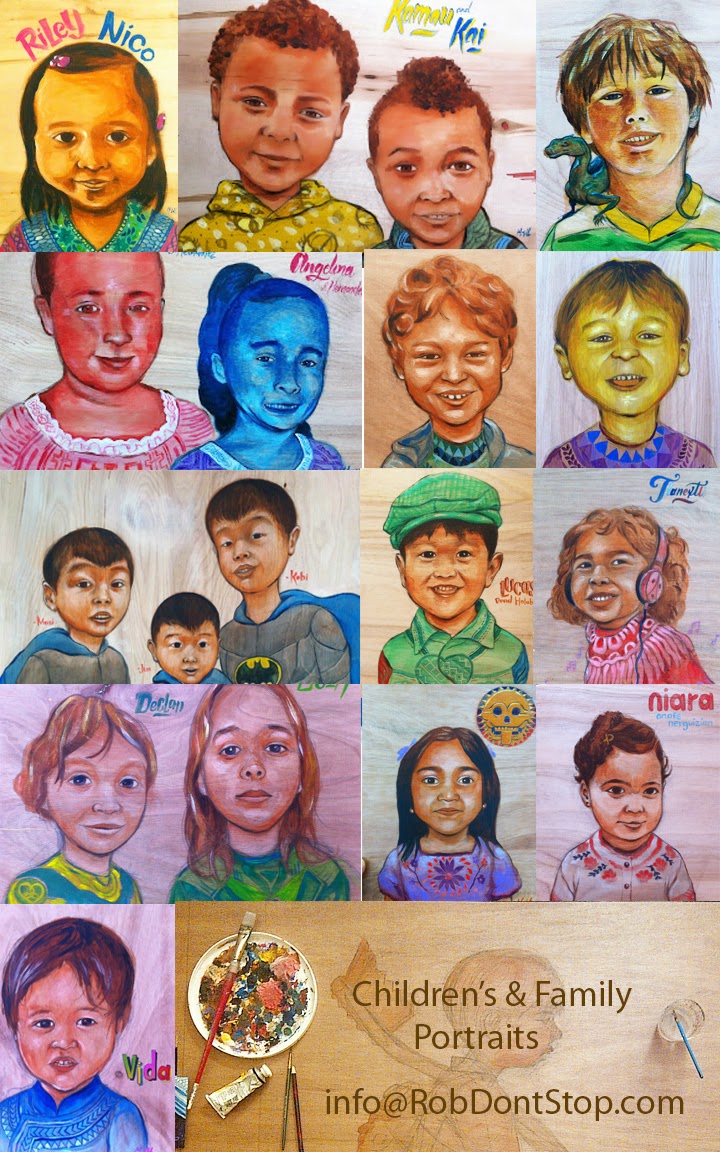 Its been over two years since I started painting portraits of my child, friends kids, and other children. As always it is a blessing and honor to have been commissioned by so many families to paint their babies. Please check out all the faces from last September last year until now.  I started these paintings as a way to reach out to parents about my efforts to self publish my first children's book and now it has succeeded in gaining funding. This year as I work on the new book, I will also be painting many new children, so look out for that. If you know of anyone who would like a painting of their child for the coming holiday season or for a gift in general please contact me at info@robdontstop.com or check out my Etsy page. 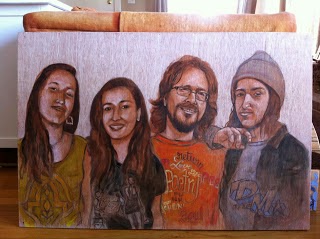 Also, check out this Family Portrait I did for Rad Dad creator Tomas Moniz and his family. 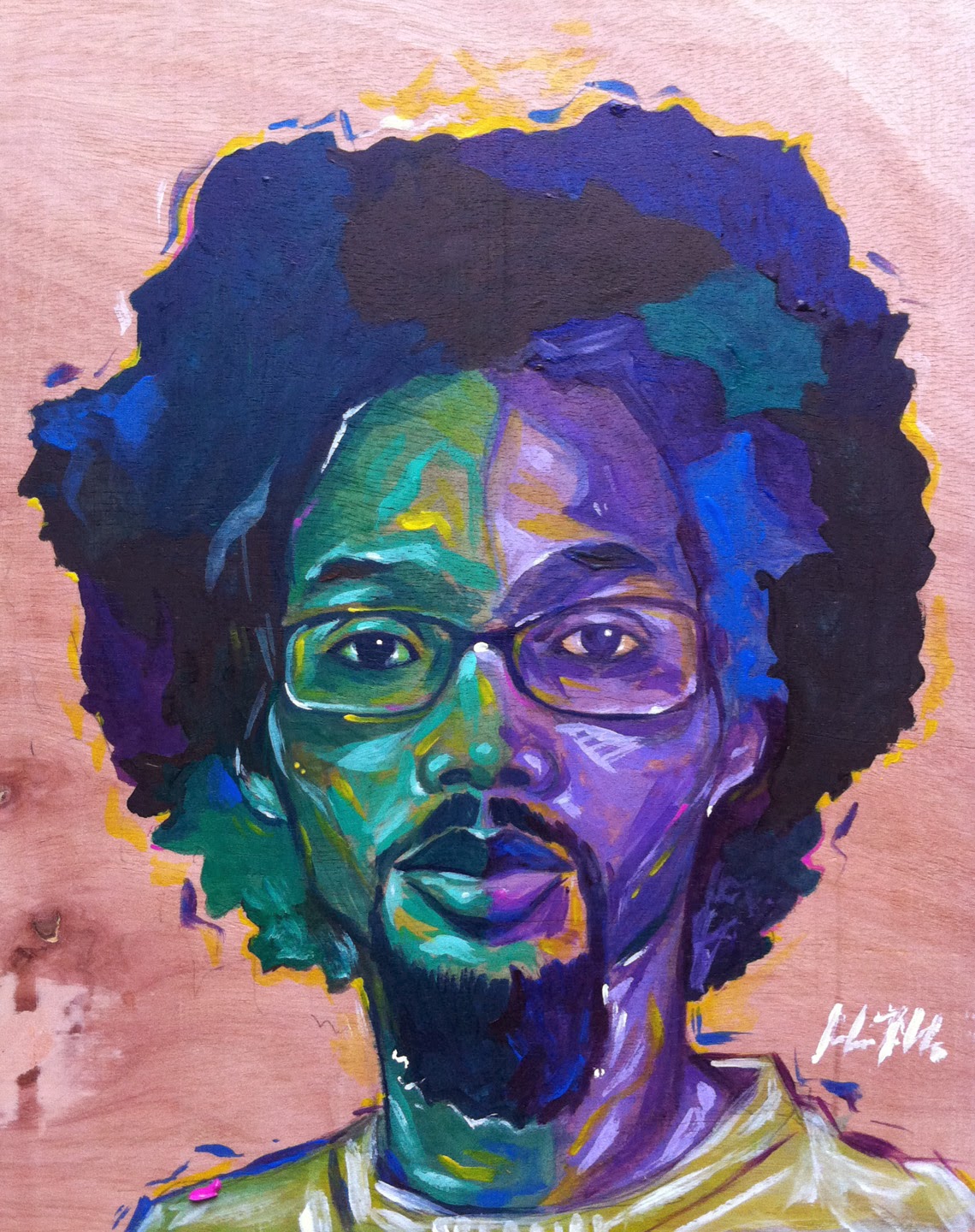 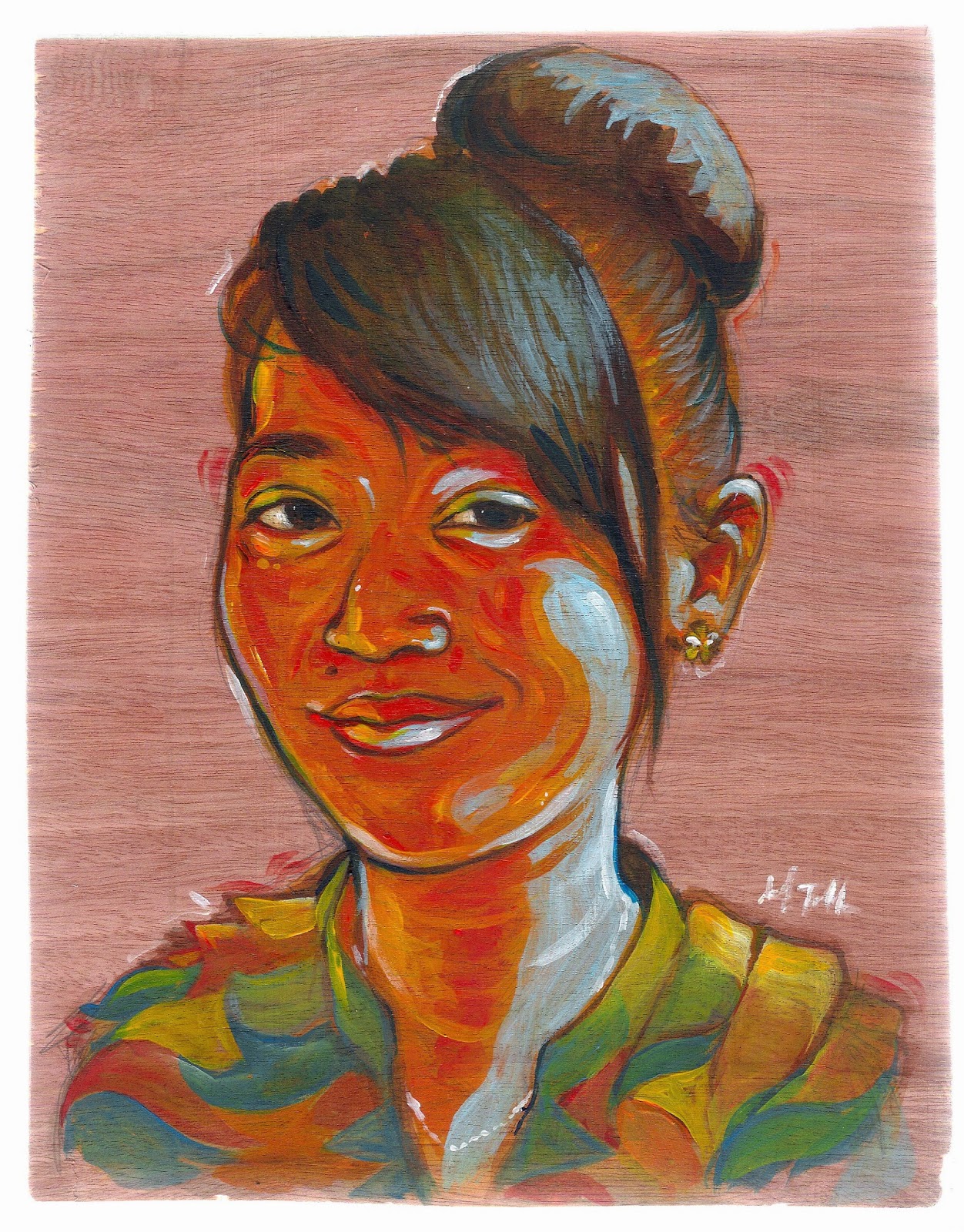 This year I also did a self portrait and one of my lady Joy. Here is the first year of portraits.
0 comments
Email ThisBlogThis!Share to TwitterShare to FacebookShare to Pinterest
Labels: Art of Robert Trujillo, Children of color, Children's Portraits, Childrens Paintings, hand painted, handmade 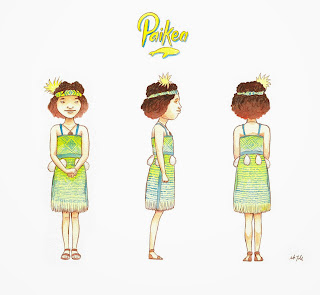 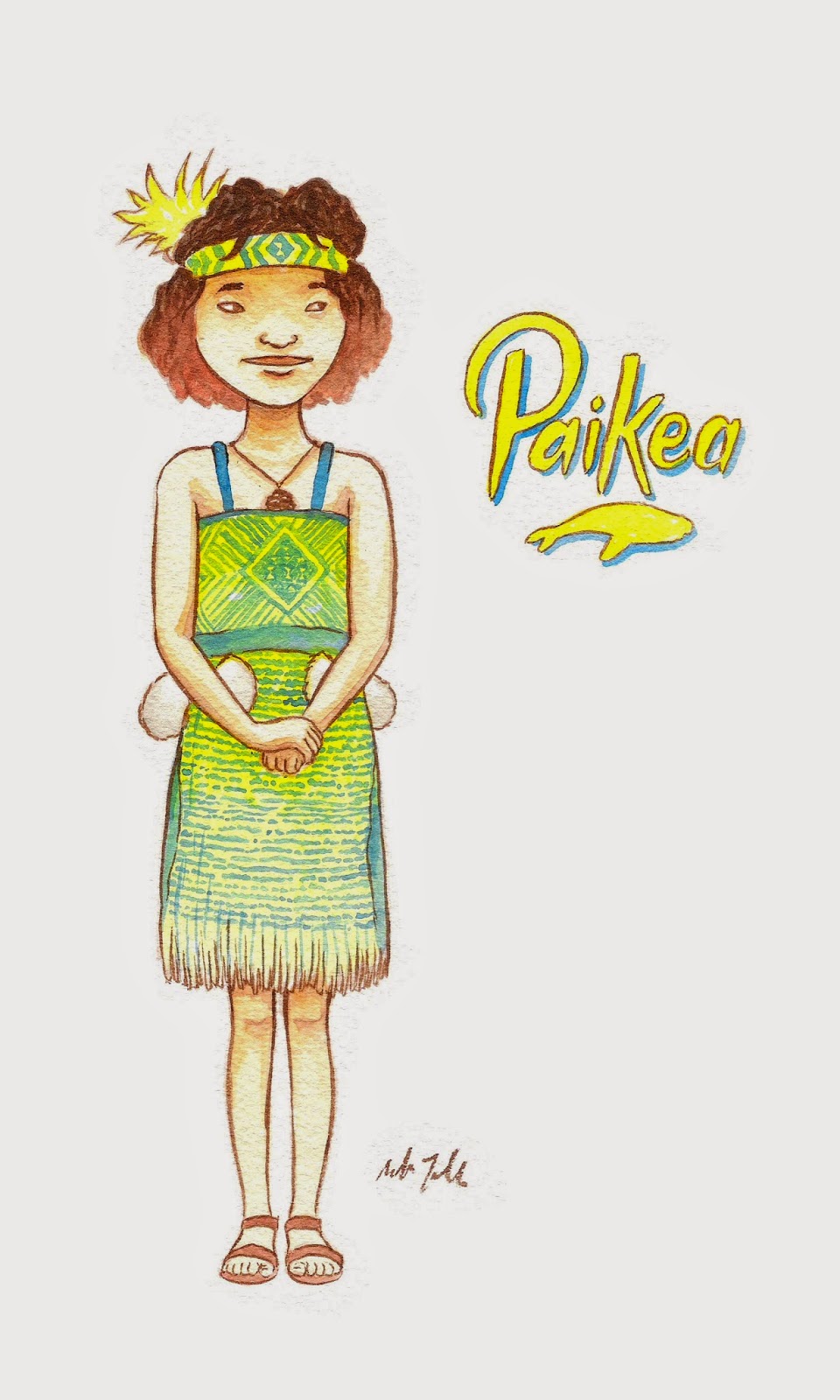 A couple of years ago I did this piece of Paikea-the Maori legend. This is a revisiting of that legendary figure as the actress Keisha Castle-Hughes played her in the film Whale Rider during a very emotional scene.
0 comments
Email ThisBlogThis!Share to TwitterShare to FacebookShare to Pinterest
Labels: Art of Robert Trujillo, character design, maori, paikea 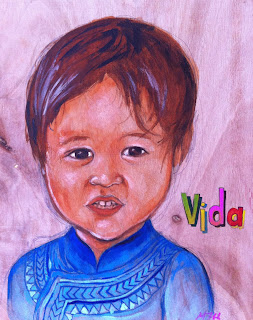 This little one is about 3 I think, she is Vietnamese and Filipino and her name is Vida! If you are interested in getting a portrait painted of your child or someone else's child please go here and purchase it.
0 comments
Email ThisBlogThis!Share to TwitterShare to FacebookShare to Pinterest
Labels: Art of Robert Trujillo, Children's Portraits 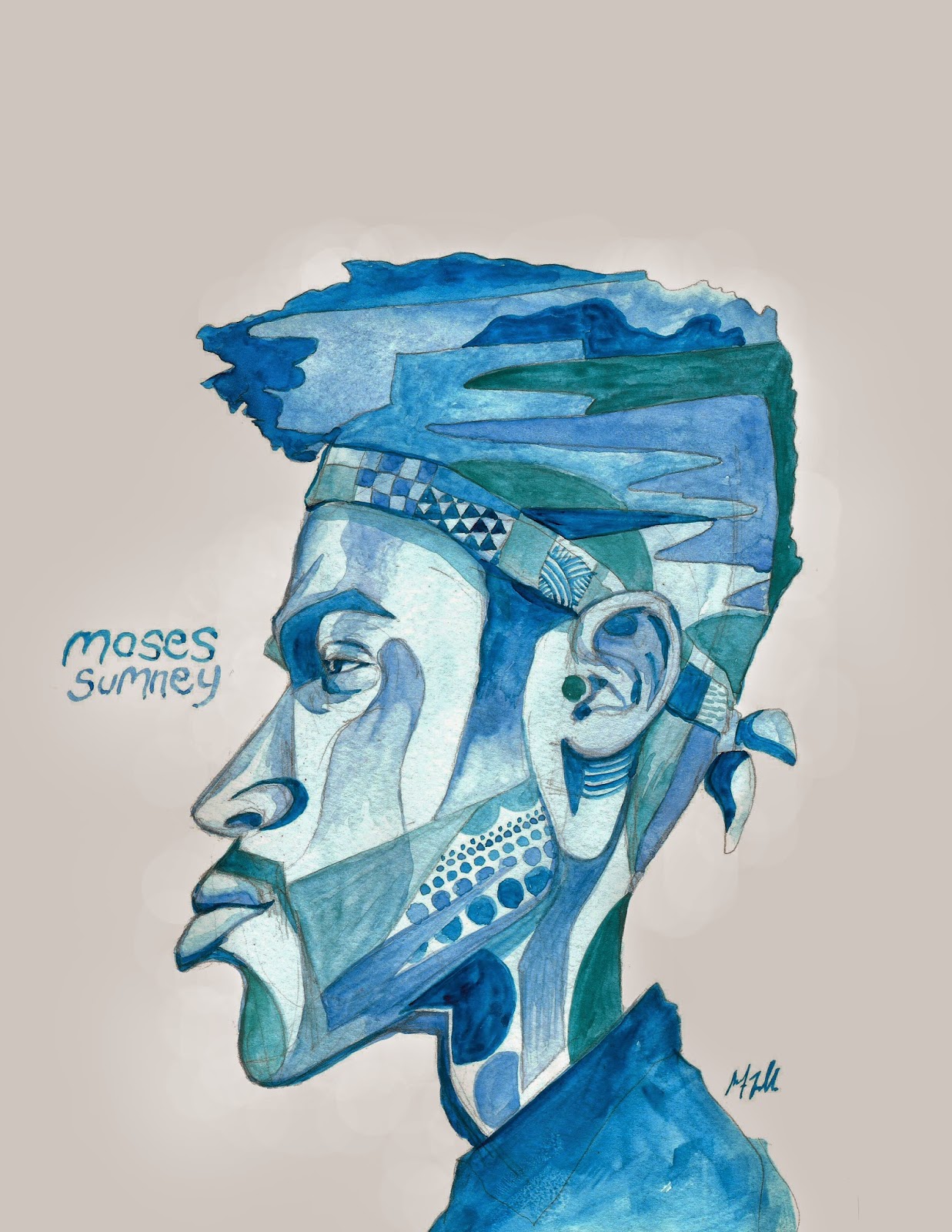 I think it was Valerie Troutt that reblogged one of Moses' songs "Dwell in the dark" and as soon as I heard this dude I made a note to pay attention. Another of my favorite songs is "Man on the moon". Check this brother out before he blows up!
0 comments
Email ThisBlogThis!Share to TwitterShare to FacebookShare to Pinterest
Labels: Art of Robert Trujillo, Moses Sumney, Soul portrait 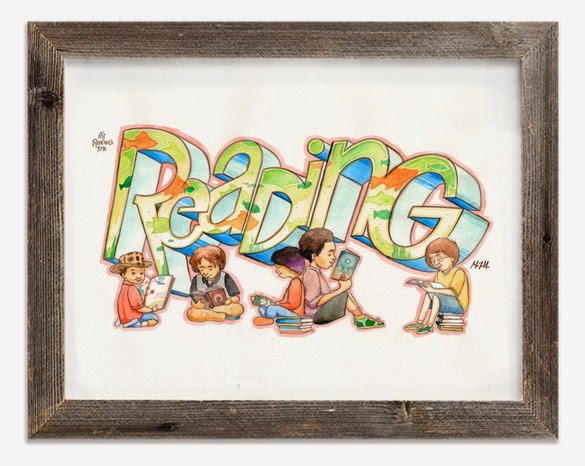 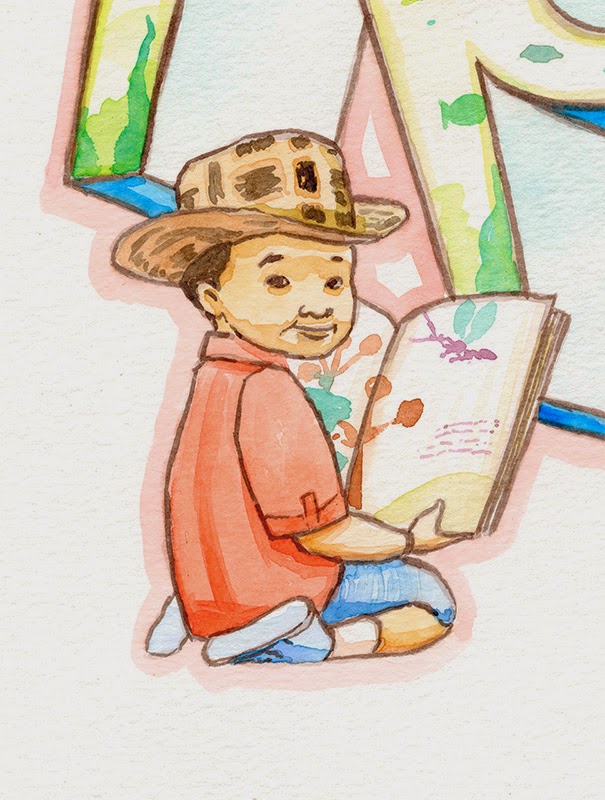 This is a new illustration I created for use in places where children are. Its to promote the gospel of reading great books whether they be picture books, comics, novels, or magazines. The kids are mean to be of different ages and nationalities. Could you see this in your local library, doctor's office, classroom, or in your kids' bedroom?

656 Comic para todo / Comics for everyone

"Tine que ser divertido/ it has to be fun"! Very proud of the 656 Crew, they had what looked like an amazing gallery opening of their artwork featuring sketches and murals. And this video looks like the start of something cool. Comics for everyone or #ComicParaTodos
0 comments
Email ThisBlogThis!Share to TwitterShare to FacebookShare to Pinterest
Labels: 656 comics, comic para todos, comics, inspiration, Inspiring stuff, Mexican 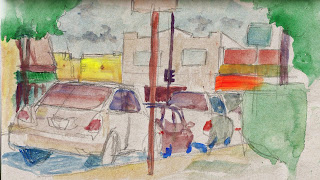