So dope to see this cross cultural connection, so many awesome talented people here and so many stories we need young people across the US to see.
0 comments
Email ThisBlogThis!Share to TwitterShare to FacebookShare to Pinterest
Labels: African American, Brown and Black Comix Expo, comics, inspiration, Inspiring stuff, Latino, Raza, Sol Con

So good to see this panel live. Took my son to hear Dawud, Brian, and see some of the awesomeness that is the Black Comics & Arts Fest in Sf this January. Mentors, brothers, and dope artists Morning Breath getting down on walls.
0 comments
Email ThisBlogThis!Share to TwitterShare to FacebookShare to Pinterest
Labels: BCAF, Brian McGee, comics, Dawud Anyabwile, inspiration, Inspiring stuff, Morning Breath Inc, murals, SFPL, Shawn Taylor 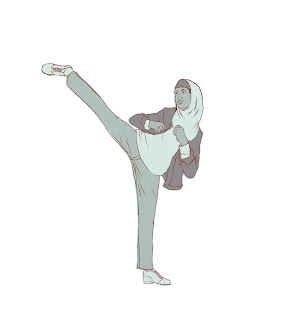 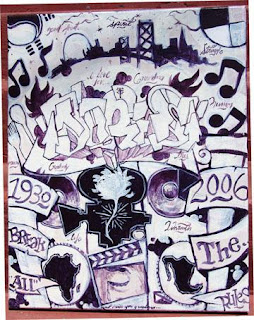 Wow, it has been 10 years so my LinkedIn says. It feels like it has been a lot longer since I started doing this y’all, but I’m just beginning to have some success. I would like to just speak on my journey thus far as a freelance artist. This is for your new kids (18 or 58) starting careers in illustration art, whatever. In 2006 I had been painting, drawing, sketching, etc for at least a decade for fun. In 2006 I was 26, uninterested in fame, the internet, or keeping track of my expenses.

What I take away from looking at this? It reminds me to draw, paint, and practice. Try lots of things. Reach out to cool people with like minds and give your art freely when learning. Form a crew-it could be two people or 20, but the more you work with other people, the faster you'll learn, and the more your skills will be pushed. What does this have to do with freelancing as an illustrator? I learned to work with many different types of people. I learned o have a good attitude and be open to new experiences. I learned to really work on my craft. A lot of the stuff I did back then did not make its biggest impact via the internet. So different now. Oh, and let people know you are an artist for hire and sell your work. Here are some pieces/sketches from that time. 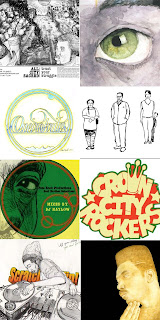 Starting from left to right, top to bottom: 1. All City Sacred! This was a group show that Trust Your Struggle did at the old Rock Paper Scissors in Oakland when the art murmur/first fridays was just beginning 2006.
2. Eric Sermon's eye-one of my first watercolor paintings ever. At the time (pre 2005), I was coming from lots of marker drawing and decided to try something new.
3. Onierokrites-A greek term for dream interpreters. At the time i thought it was Egyptian, but its not. The idea of having dream interpreters in ancient Egypt is true though. Pen, colored pencil.
4. Illustration for an organization I was working for called Coleman Advocates which does serious organizing for the rights of young people in San Francisco. They worked on securing budget for children, teens, and young people. Even then as a youth advocate interested in social justice, i was leaning towards the art.
5. Dj Haylow's mix of Pete Rock songs, samples, and tracks. This was one of the first freelance art gigs that I ever had. Today me and Haylow/Halline are still friends and among his many talents (Design, DJing, Video Production, Photography) he's sill busy doing his thing in LA.
6. Crown City Rockers- I actually volunteered to do this graphic for them because I was learning programs like illustrator and photoshop, I loved their music, and I wanted to experiment with people I liked. They all have done many individual projects, and are still making music individually!
7. Sketchbook- Always keep a sketchbook. If theres one thing that keeps me going over the years, its trying weird things, doodling, planning, and drawing in my sketchbook. Keep one. Paper first.
8. Big Daddy Kane-another of my early watercolor pieces. 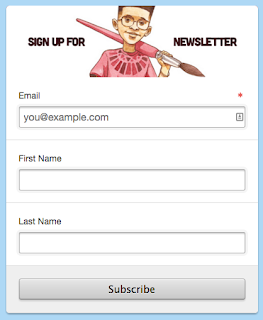 Hey, please sign up for email newsletter if you haven't already. Thank you!
-Rob
0 comments
Email ThisBlogThis!Share to TwitterShare to FacebookShare to Pinterest 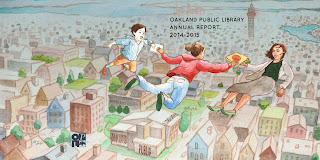 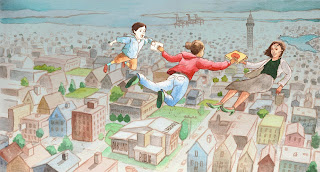 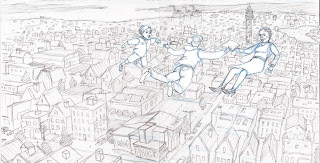 This is a quick illustration I did for the Oakland Public Library's annual report. Through art director Randal Ann Homan my job was to bring illustrate a view of people outside of the library but also an element that brings people to the library. In this I wanted to show the passing of knowledge and adventure from one generation to the next; while flying with a bit of whimsical imagination. Inside this report there is information about the numbers showing how many come through the library. But there is also information about what programs the library offers.  If I ever hit the lottery I'm going to donate a huge sum of money to the libraries in Oakland and Berkeley because I use them so much. 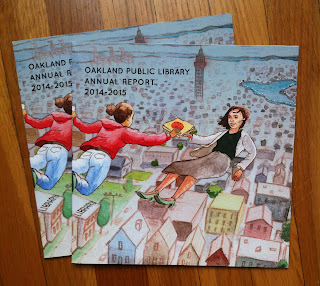 If you'd like to download the report you can do so here LINK
0 comments
Email ThisBlogThis!Share to TwitterShare to FacebookShare to Pinterest
Labels: Annual report, Art of Robert Liu-Trujillo, Oakland, Oakland Public Library, OPL, reading


Green Worker Cooperatives and ReBUILDERS Source from Leyla T. Rosario on Vimeo.
I mess with this video. I think its pretty fresh to know there are businesses out there that focus on all the people who work for the company owning a portion of it and really having ownership of their work, ideas, etc.

And several years ago when I lived in Brooklyn, I had the chance to meet Omar, and paint some of the artwork that was on the side of their Hunts Point building in the Bronx. Good peoples!
0 comments
Email ThisBlogThis!Share to TwitterShare to FacebookShare to Pinterest
Labels: cooperatives, Inspiring stuff 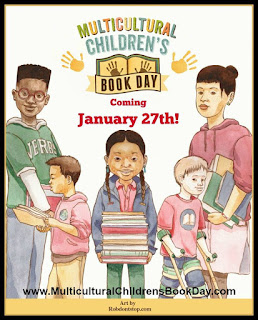 What: A world wide web event where a big group of people who love books and love diversity not only talk about awesome books, but some will get free books, and some will review the books so you know which one to pick.
When: January 27th
Where: http://multiculturalchildrensbookday.com/ and on the web using the #‎MCCBD2016‬  hashtag
How: Would you like to get a free book for your school library?
Would you as an author, blogger, or publisher like to get involved as a sponsor? There is still time before the official launch. GO HERE
Who: Valerie Budayr, Mia Wenjen, and a network of bloggers, authors, publishers, and book reviewers
Why: Because #WeNeedDiverseBooks !!!

On January 27th of this month, for the third year in a row, a dedicated group of bloggers, authors, publishers, advocates, librarians, teachers, parents, and artists will unveil a huge resource for anyone looking to get books featuring diverse children and stories. I saw this campaign last year and thought it was awesome the way the "Multicultural Children's Book Day" team are basically volunteering their time to promote awesome stories from many different types of writers and/or illustrators.  It is extremely important to me that more children of all races see themselves and others in the stories they read. Its important on an independent and large scale publishing level. This is why I illustrated this poster for this years event. You'll be able to download it HERE on January 27th.

What's in my store? 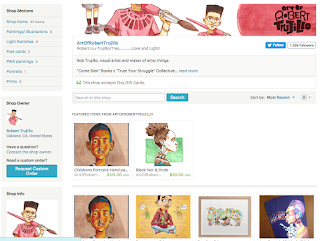 Well, original drawings, switch plates for classroom/home/ or office decor, prints of artwork, and more. Please keep an eye out for new additions there. Thank you and Happy New Year to all. 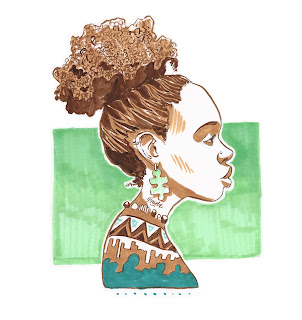 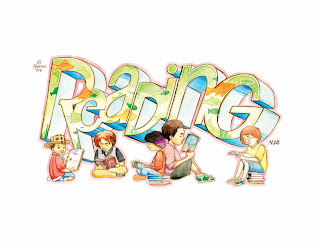 He was as big as a house-Katherine Cepeda 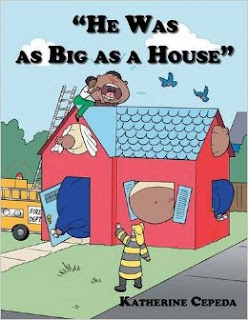 An inspiring book by an awesome author. Worth checking out here.


I met Kathy this past year through a recommendation of our homie in common Lexx! She’s an a force to be reckoned with specializing in creative writing, education, video production and more. A Dominicana from NYC currently based in the south bay. Look out for here video series here as well as a video interview with her in the Bronx.