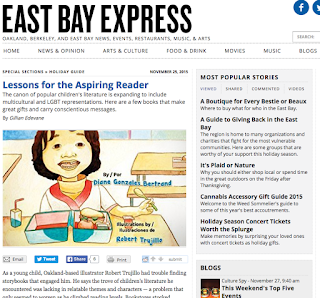 Got some press in the East Bay Express for A Bean and Cheese Taco Birthday out on Arte Publico Press.

Me & My lovely Wife 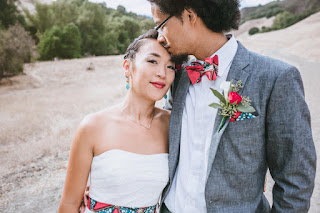 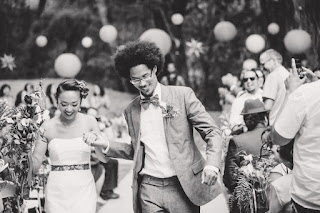 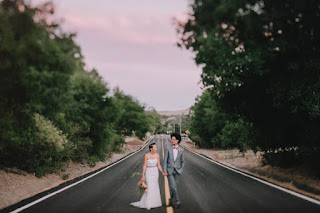 These are some shots of my wife and I when we got married. Please check out the work of our photographer Andria Lo who did an amazing job capturing the light in our eyes and the love of my life. My wife's hair & makeup was done by LadySoulFly!


Please sign up if you would like to receive super awesome emails, not all the time.I promise!
0 comments
Email ThisBlogThis!Share to TwitterShare to FacebookShare to Pinterest

Ok before I talk about the Jordan’s let me just say that ads, advertisements and the idea that a product brings you value, status, or worth is still very prevalent. I mean, you can hear it in the rhymes of young people. When they (male rappers) brag about what it is or what makes them cool its often one or all of three things ; money, objects, and women (as if women were an object too, no?). Violent attitude too, but thats for another discussion.

The reason I bring this up is because my son came to me the other day talking about “what are those” . Parents if you’re not up on the lingo, Vine videos are viral comedy skits, dance, or phrases that kids envelop into their daily vernacular or speech. “What are those” refers to shoes mostly. Its an old thing, transformed to a new generation. Basically are your shoes a part of the normal or fashionable cannon of shoes( Don't be an outcast)? Or are they very expensive and highly sought after? NOT, are they unique (Be a Sheep!)? NOT are they made by you or someone in your extended family? And that folks, frustrates me.

I get Capitalism, I get Consumerism, I understand Imperialism, and all of that. But, I was surprised when my son basically said they make jokes on each other about each others shoes. Like, damn! That’s what I was doing at his age, lol. I should not be surprised, I should not have been caught off guard. But I was. Imagine them saying my shoes cost more than your whole outfit argument.

I sat my son down and reiterated the idea of “propaganda”. Whenever we have watched television together, I have muttered or shouted the word propaganda when a commercial comes on. Why? I wanted him to associate the word with commercials. I want him to question what they are selling him. I want him to think!! I do not want him to be a blind consumer, a cow being lead to the slaughter, or a child who feels his worth is tied into his sneakers. But damn, there it is again, generation after generation we (boys, girls, transgender kids) are sold the idea that we are less than. We are told we are poor. We are told that if we want to achieve status in this society, we must purchase. Could be a Lamborgini, a chain of diamonds and gold, the most expensive I-phone whatever (Coltan-Congo), or a pair of Michael Jordan shoes.

I’m pissed that kids still cap, diss, bag, or talk shit to each other this way, so I also told my son that his worth does not come from his shoes, it comes from inside. His morals, his actions, how he treats himself and others. I also told him that whether a person’s parent paid $150 for a pair of shoes or $20 they did the best they could and that they aren’t any less important in this world. He of course said “Daddy, were just joking!” But on the real, that is how doubt, self worth, and depression cured by American Dream gets started in an 11 year old. I should know, I thought the same about guess jeans, owning records, toys, cars, guns, etc.

Now back to the Jordan’s. He tells me, “Daddy, I think I know what I want for Christmas” . Christmas, as in “buy 3rd world manufactured shit that the corporations turn a 300% profit on” day. So I said in Spanish, “Ok, pues dime. Que quieres mijo?” And he says Jordan’s!! I had to smile because I started wanted certain types of shoes at 9 years old. My dilemma is that those shoes were designed by talented people such as Tinker Hatfield and damn they are fly. But you know I had to break down the numbers for him by telling him that those shoes cost $6 or $7 to make, and they sell them for $100-$200 depending on which number you get. I was proud in a sense though, because as twisted as it sounds it is part of Black Culture (being sold over priced shoes) , and scared at the same time.  Think of Buggin Out and Police Brutality in “Do the RightThing”.

So, I said NO! He said “ I thought you might say that”. He knows his dad. Then , he went on to ell me he wanted Run DMC shoes, to which his mom asked “do you know what he’s talking about?”. I explained of course. But all my old school hip hop fans know right? What do you think? Shell toes cost $60-70 now (also a rip off). But what would you say to your child? What would you allow or not allow? In terms of fighting the good fight, revolutionary change, how does that fit in? Leave a comment. Did you ever have a parent or political activist break down shoes and how much they charge? Who? When?
-Rob (Dad) 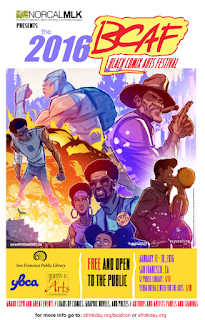 Mark your calendars! The 2016 BLACK COMIX ARTS FESTIVAL is at hand! More info here (subject to change and expansion): http://sfmlkday.org/bcafcon/ Want to vend?: http://sfmlkday.org/BCAF2016-vendorapp.pdf. Main image by two of our very special guests: DAWUD ANYABILE and BRIAN McGEE! of BROTHERMAN: REVELATION (http://www.brothermancomics.com/) the upcoming graphic novel from BROTHERMAN COMICS by GUY SIMS, DAWUD ANYABWILE, and BRIAN McGEE. We will jump things off at the San Francisco Public Library on the 17th and the main grand expo will be at the Yerba Buena Center for the Arts in Downtown SAN FRAN on the 18th MLK DAY!
reposted from John Jennings
0 comments
Email ThisBlogThis!Share to TwitterShare to FacebookShare to Pinterest
Labels: Bay Area, BCAF, Black Comics & Arts Festival, California, comics, illustration, Norcal Mlk, san francisco 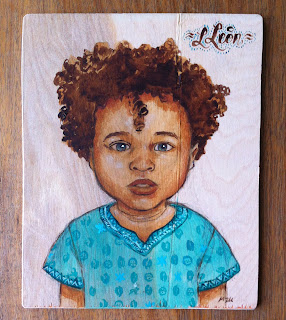 This is little L'Leon, just finished this portrait for his momma Lady Soul Fly, and I cannot remember how old he is now, but I know he's African American and Puerto Rican. Check out some process shots below. If you are interested in a portrait of a little one in your life, please click HERE. 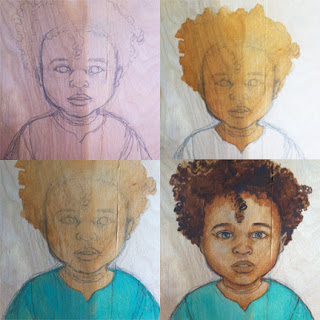 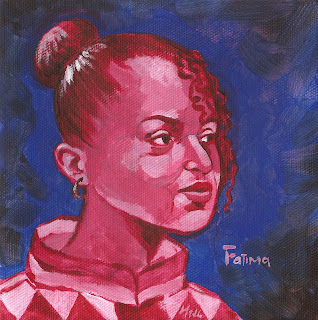 I think I've been hearing her name around the blogosphere for a minute. I remember seeing the cover for the Yellow Memories LP too. While installing the Of Love and Riots show my boy Bennie was playing some of her songs and I wanted to hear more of her once he told me who it was. My favorite songs are "Warm Eyes", "Do Better", and "Family".

If you're not hip, this is an ongoing series of portraits based on Soul musicians from all over the world. I did a similar series of Jazz musicians for 3 years. If you love soul, please check out the artists I mention, especially if you're unfamiliar with them.
0 comments
Email ThisBlogThis!Share to TwitterShare to FacebookShare to Pinterest
Labels: Art of Robert Liu-Trujillo, Art of Robert Trujillo, Eglo Records, Fatima, music inspired, Soul portrait 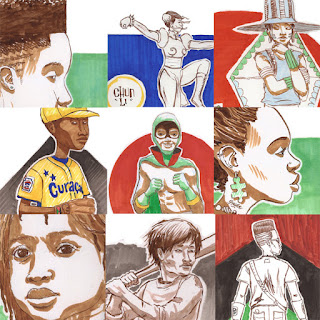 If you liked any of the Inktober drawings I did this past month please check out my Etsy page. I've listed some of my favorites that aren't in my sketchbook that you can purchase as original art right now. Please check them out and follow me on Etsy if you haven't already to see what kinds of goodies I port from a range of price points.

This is a dope short film about Bay Area Graff legend "Mike Dream". Thanks Pendarvis Harshaw and the TDK crew for keeping the memory alive. Dream was and still is a BIG inspiration to me. Check this drawing I did of him out.
0 comments
Email ThisBlogThis!Share to TwitterShare to FacebookShare to Pinterest
Labels: Bay Area, Inspiring stuff, Mike Dream, Mike Dream Francisco, Oakland, Pendarvis HArshaw, TDK Crew


This is a short video by the Sol Collective featuring interviews, work in progress for the show, and some footage from the opening night. The whole event was a blast and it was exciting to get the crew all back together for this rare event. The crew I'm talking about is "The Trust Your Struggle Collective formed in 2003.

Here is a post talking about the idea and theme of the show.

And if you're interested in buying artwork from the show mine is HERE, and you can hit up the other members who showed work at: 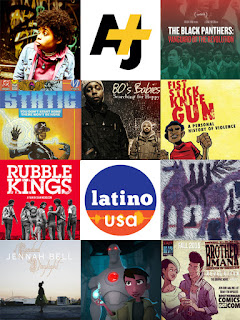 Every three or four months I make a board of inspiring books, films, songs, musicians, cultural events, really anything that inspires me. These are some of my most latest inspirations. Follow the tag for more from the past.

Original art for sale (from Of Love & Riots) 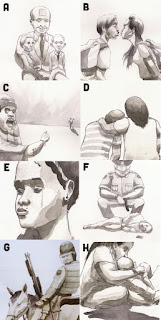 So these are some of the pieces from this summer's "Of Love & Riots" show up in Sacramento at the Sol Collective. In case you missed it, my crew (Trust Your Struggle Collective) created all new works of art and installations for a month leading up to the final week. Many of the pieces sold, but each member was left with a few extras. These are the pieces I created that were not sold. They are all watercolor and pen on paper, ranging from 12" x 18" size framed pieces to 6" x 6". They are labeled with letters that correspond to these prices. If you're interested and/or have any questions, please email me at info@robdontstop.com

All of the pieces are created with watercolor & pen 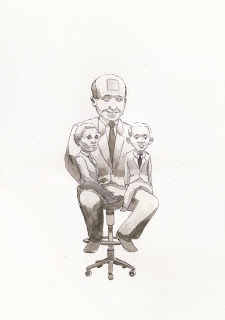 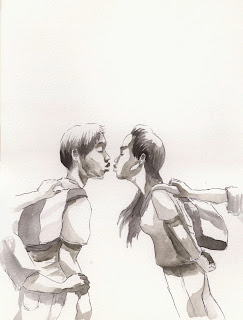 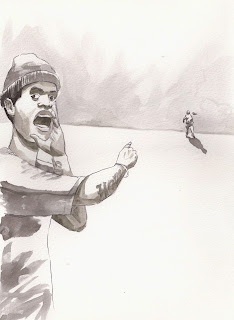 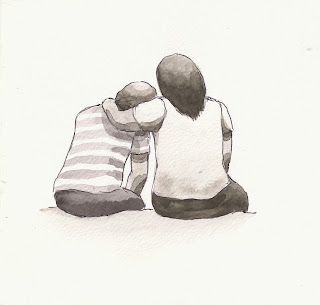 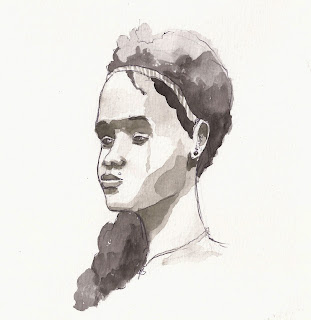 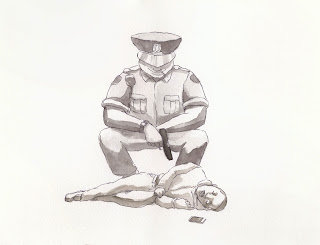 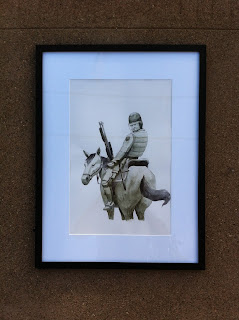 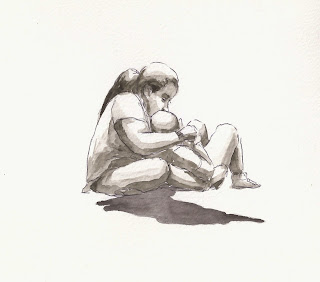