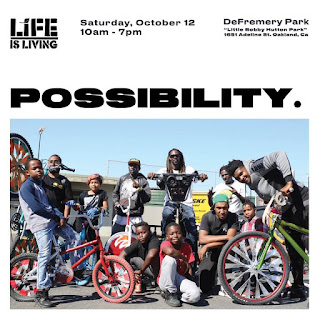 Possibility is a theme i can get with. Mark your calendars for Life is Living 2019 on October 12th! Stay tuned to Youth Speaks site for details LINK.
0 comments
Email ThisBlogThis!Share to TwitterShare to FacebookShare to Pinterest
Labels: California, Life is Living, life is living festival, Oakland 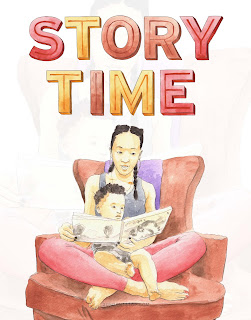 It's been a minute since I made some new merchandise so here's something new. This is the fourth in a series of "Story time" posters. This one features my wife and daughter as models sitting in a chair reading.

You can cop this new one HERE 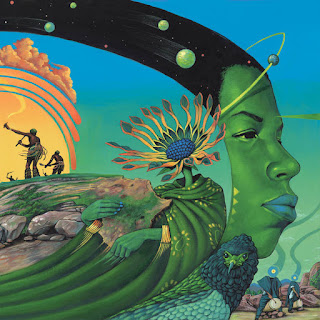 Georgia has done it again. This LP of instrumentals and beats is funky, cosmic, sticky, and vibrating. Definitely support this sister as she sings, raps, and makes beats. Listening to it feels like an entire film score. 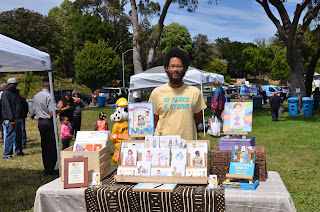 Here's a recent photo of me by Vallejo Community Access TV. I was vending at the Vallejo California Juneteenth festival. Met some great folks. Its always nice to bring the books to people and see what people are feeling. If you want any of the stuff you see here you can cop it from my Etsy page. 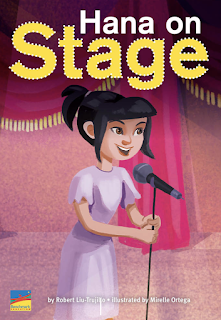 This is a project I finished almost a year ago as a freelance writer. This is my first time working as a freelance writer for children's literature outside of writing my own picture books. I was invited by Sandhya Nankani of Literary Safari who worked with Benchmark Education to create an opportunity for more writers and illustrators of color. The result is a series of stories. This one is a story for kids around 3rd grade.  It's about a mixed kid (of course) who is Latinx/Asian and her name is Hana Dominguez. This was a fun experience and I really enjoyed working with editor Alicia Zadrozny and Eileen Robinson. Here is the synopsis:

Hana Dominguez has a knack for building things. While planning to build a stage for her cat, Purple, she stumbles upon the idea of performing herself. Will Hana be able to take center stage in her local theater's musical revue?

Shout out to Mirelle Ortega beautifully illustrated the book with a great sense of color and composition.

Get a copy HERE 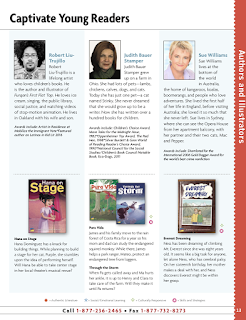 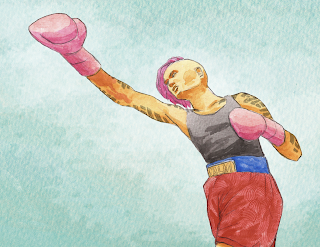 Hey folks, I made some illustrations for this film "Transfinite" by Neelu Bhuman. This is by far one of the hardest illustration projects I've ever worked or collaborated on. This is the fourth independent film I've worked on after Holding on to Jah, A Journey to Understanding, and America's Shadows. Film requires vision, patience, communication, and a huge amount of team work.

Transfinite is a sci-fi omnibus feature film composed of seven standalone short stories where supernatural trans and queer people from various cultures use their powers to protect, love, teach, fight, and thrive.

I did many many illustrations , characters, and scenes for Transfinite and the individual/collective pieces were animated by artist Pamela Chavez! If you're in the Bay and want to see this film go here and cop tickets.

If you're in other parts of the world, please visit this LINK and get ready for the premiere near you. Support Trans filmmakers of color!!! 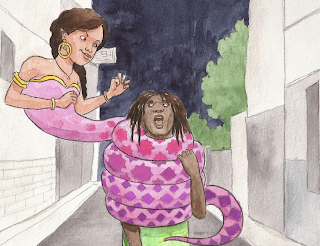 Hey, if you're in the North Bay Area come through to the 31st annual Vallejo Juneteenth Fest!
I'll be there selling books, art prints, and more. Here is the website
LINK
for more information.