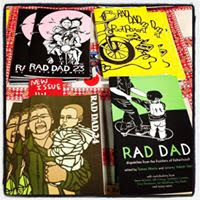 In case you've missed it, i work with this magazine and i'm glad to volunteer my time for such a worthy endeavour-becoming better parents, to raise healthier children.
0 comments
Email ThisBlogThis!Share to TwitterShare to FacebookShare to Pinterest
Labels: parenthood, Rad Dad Magazine, zines 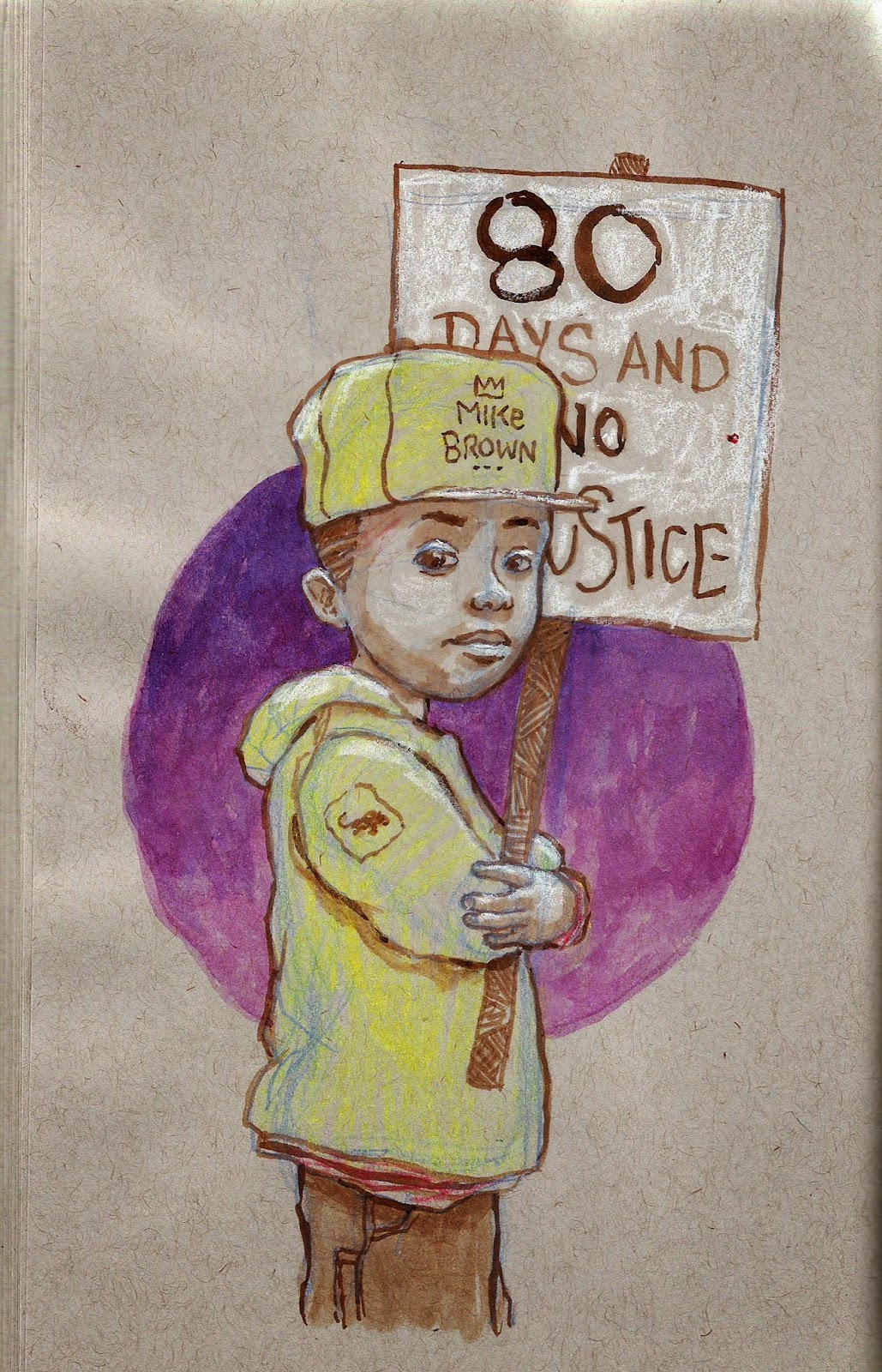 Thinking about the murder of brother Mike Brown and how the Ferguson Police and city departments have done their best to justify his murder by tarnishing his character. Do black folks need to riot and tear that city hall down? It has been 80 days since this young one was killed and no justice served. Thousands have protested, marched, organized, reported, and documented. Also, thinking about the legacy of the Black Panther Party for Self Defense and how at the height of racist practices in the south Black folks had their own schools, hospitals, ambulances, clinics ,etc. With the panthers, they had their own armed defense too. 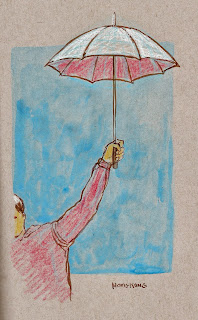 Why are students in Hong Kong occupying entire highways? And what does their elections there have to do with it?
0 comments
Email ThisBlogThis!Share to TwitterShare to FacebookShare to Pinterest
Labels: Art of Robert Trujillo, china, hong kong, Inktober 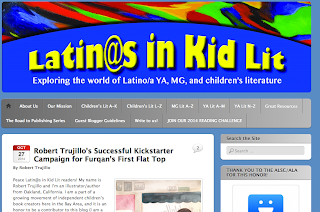 Today a blog post I wrote a few weeks back was published on the wonderful blog Latin@s in Kid Lit. It's about the social media campaign for my first self-published children's book Furqan's First Flat Top! If you are not familiar with their blog, please check them out. Not only do they invite a cool series of authors, illustrators, and book lovers to do guest posts; but they also make some pretty awesome lists of books for kids. In particular I like their list of Picture Books , The road to publishing series , and Resources for Latin@/ diverse lit

Go follow their blog and share some of what we've all been missing, more diverse books and more of a variety of Latin@ voices in children's literature. 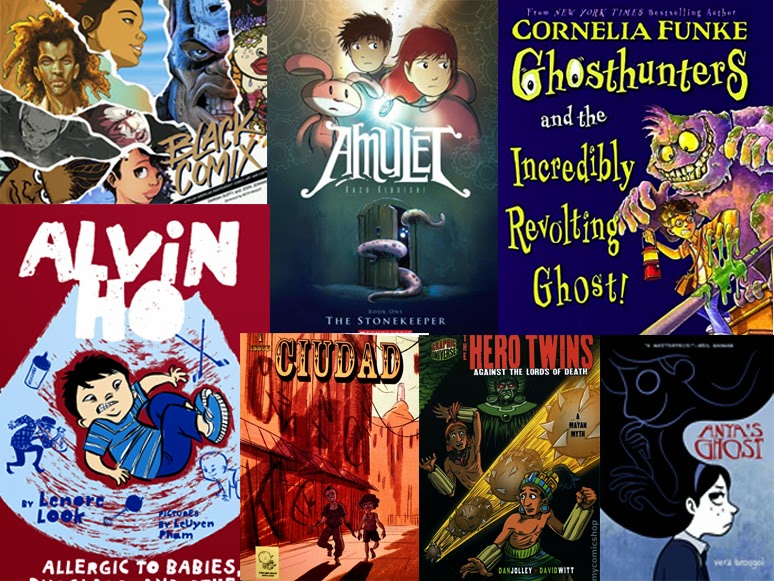 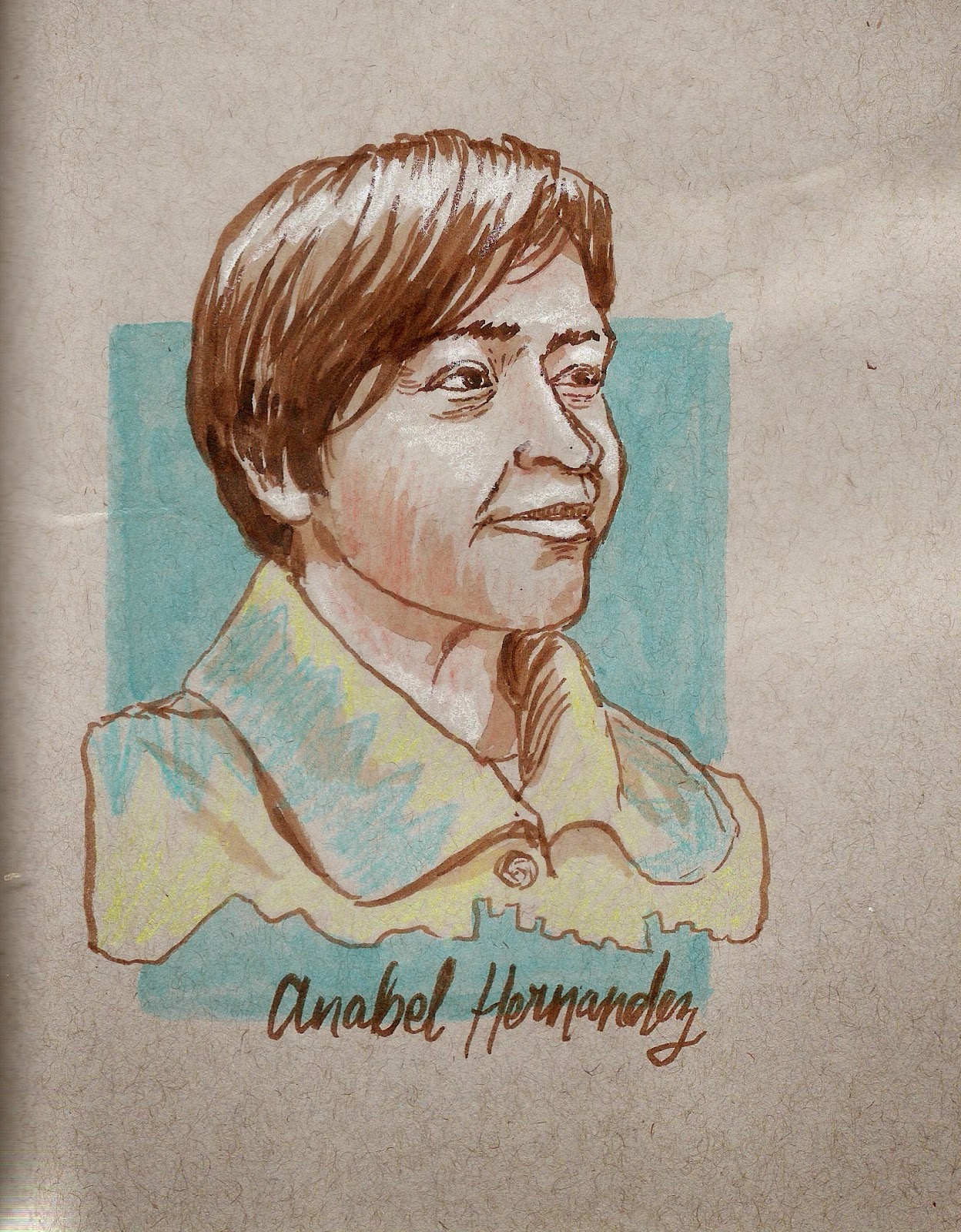 Anabel Hernandez is fierce, brave, and a symbol for what journalism should be-truth seeking. But why is this Mexican Journalist receiving death threats from Narco traffickers, Police, and Federal agencies? Hear her explain why in Spanish and English. 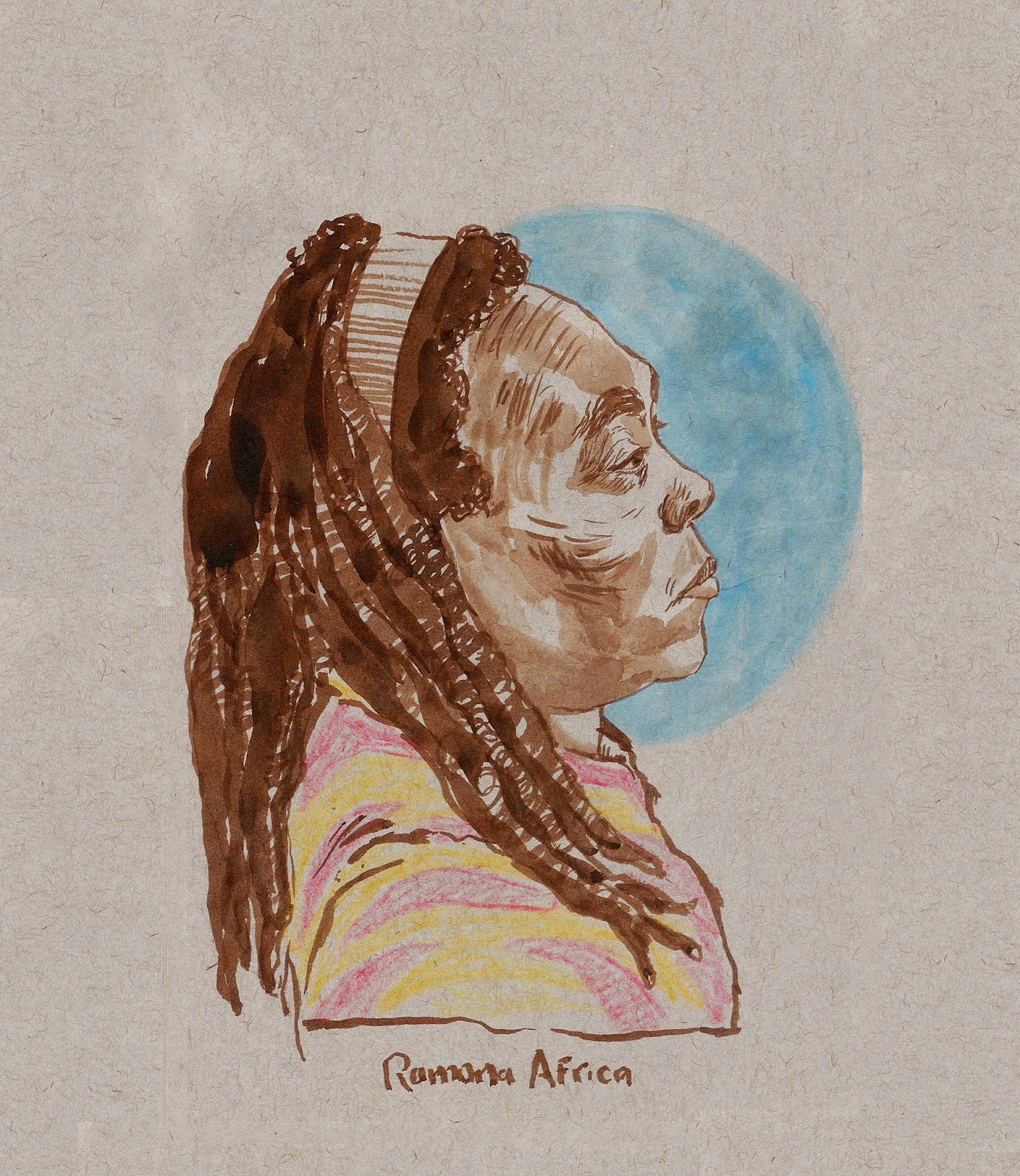 Ramona Africa said once
"Well what happened is, because Move tells the truth and speaks out about the injustices and racism in this system and could not be stopped, could not be bought off, could not be beat into submission the government just basically decided that they needed to exterminate Move. And they used the excuse of an eviction that Move would not leave our home under an eviction as an excuse to come out, and not arrest but kill Move people".

Why is it that Ramona is one of the only surviving members of the move family in Philadelphia? And why were they persecuted by the Philadelphia police department in the first place? 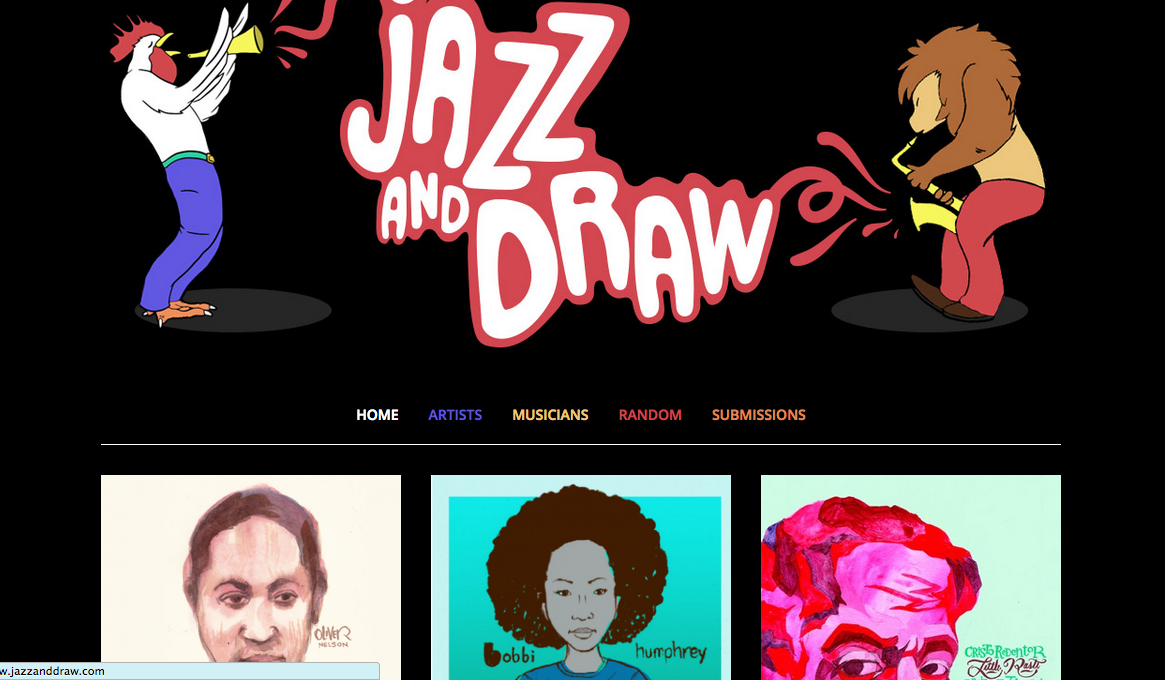 Some of my Jazz Portraits are featured on this site along side other great artists such as Lance Jackson, Nidhi Chanani, and many others. The pieces featured are of Oliver Nelson, Bobbi Humphrey, Donald Byrd, and Pharoah Sanders. Check out the site here:
http://www.jazzanddraw.com/ 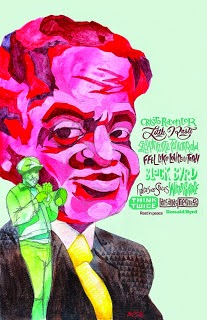 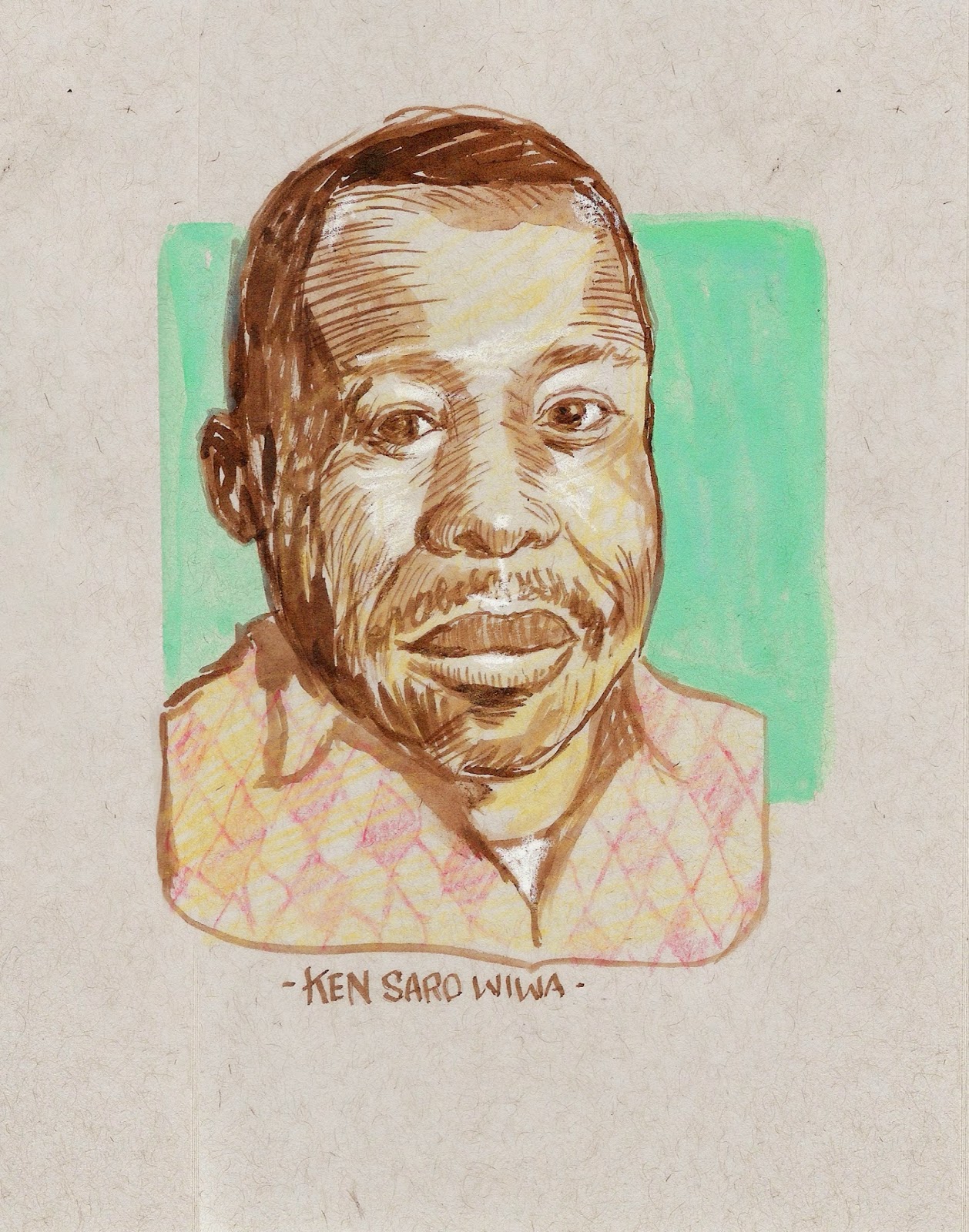 Nigerian activist Ken Saro Wiwa once said
"To take away the resources of the people, and refuse to give them anything in return is to subject them to slavery. To take away the land from a people who depend solely on land for their survival and refuse to pay them compensation is to subject them to genocide." when referring to the multinational corporation Shell, Chevron,  and the Nigerian government 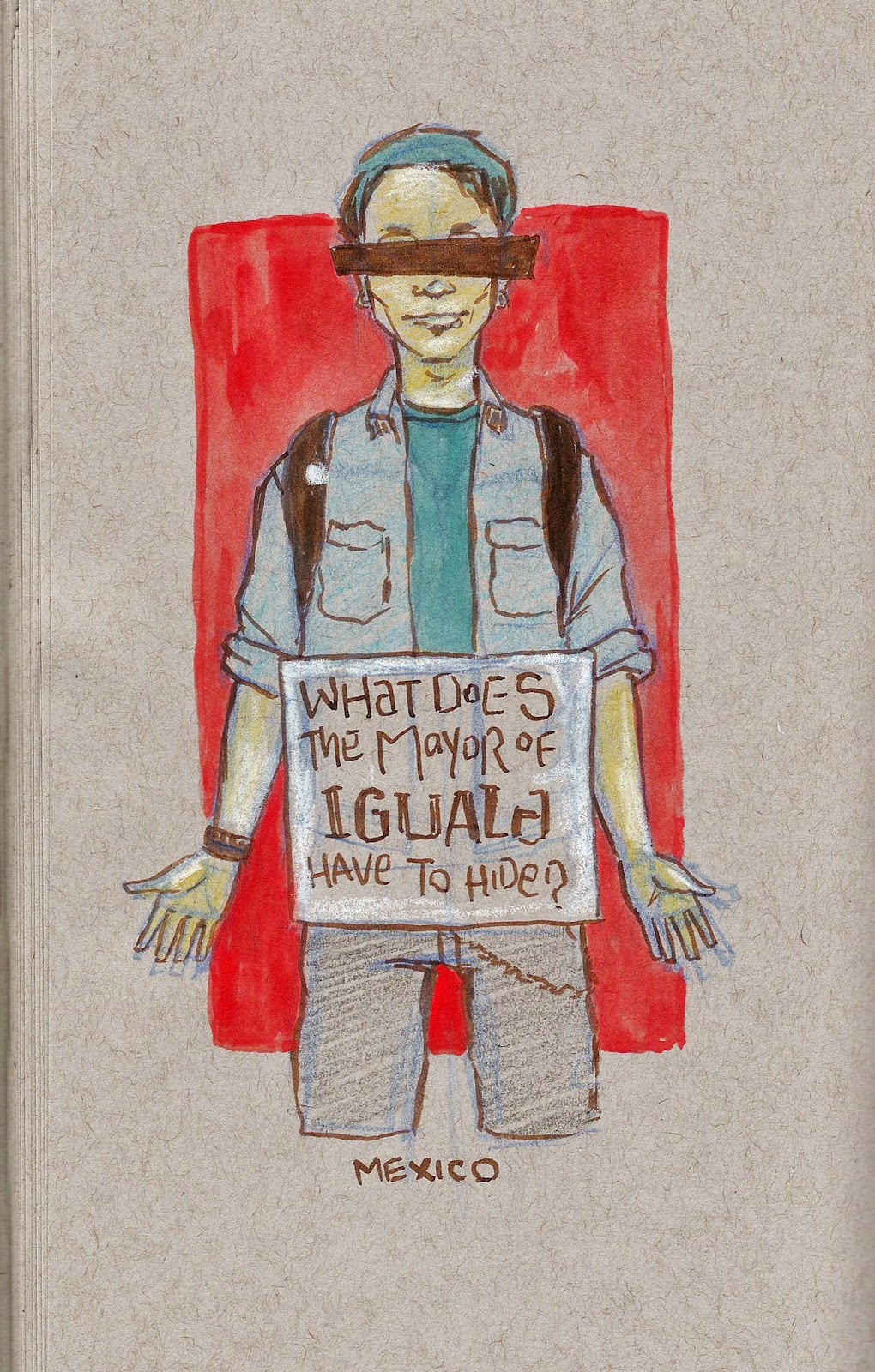 Who has disappeared 43 students and why?

Update on this case: Collusion between the Mexican Army, Cartels, and local Police. 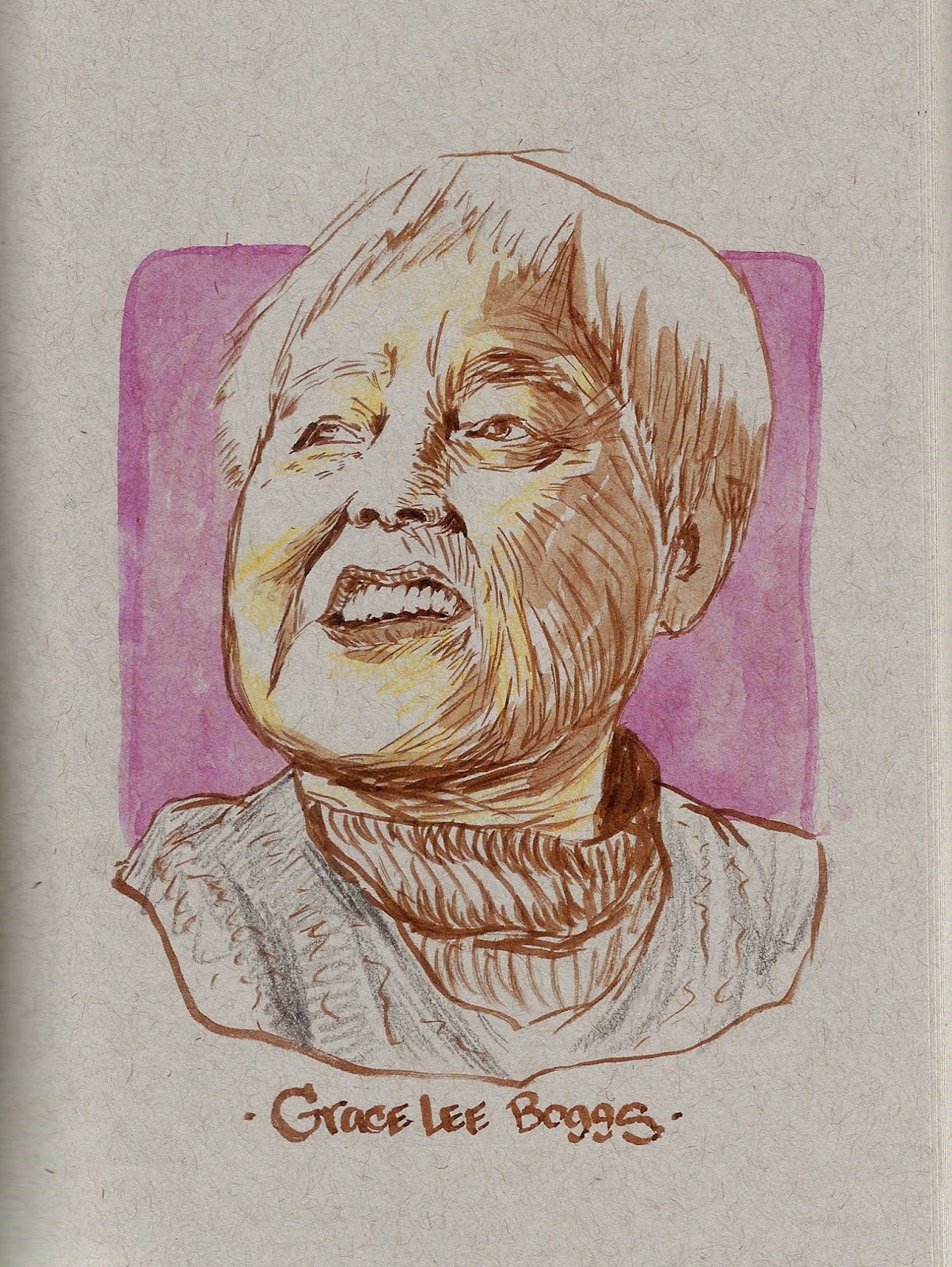 Grace Lee Boggs once said in an interview:
"Do something local, do something real however small and don't diss the political things, but understand their limitations. I mean, politics.... There was a time when we believed that if we just achieved political power we would solve all our problems. And I think what we've learned through the experience of the Russian revolution and all these revolutions is that those who try to get power in the state become part of the state. They become locked into the practices. And we have to begin creating new practices."

"I don't see any leaders and i think we need to rethink the concept of leaders. Because leader implies follower. I think we need to appropriate and embrace the idea that we are the leaders we've bee looking for."

Want this Print? $20 (includes shipping)
Got an idea for an org to donate 30% cost to? Email me info@robdontstop.com
0 comments
Email ThisBlogThis!Share to TwitterShare to FacebookShare to Pinterest
Labels: activist, Art of Robert Trujillo, Detroit, Grace Lee Boggs, Inktober 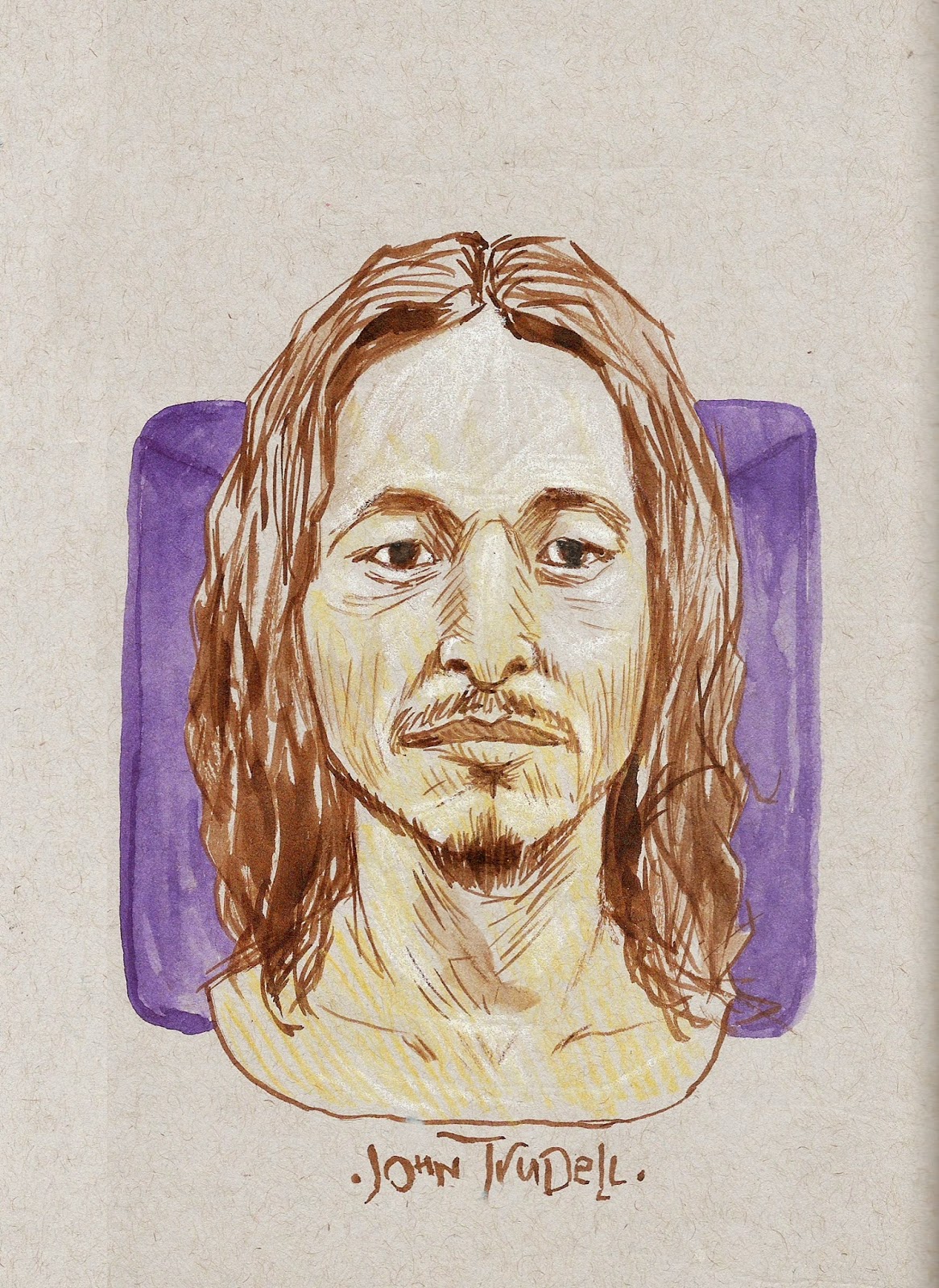 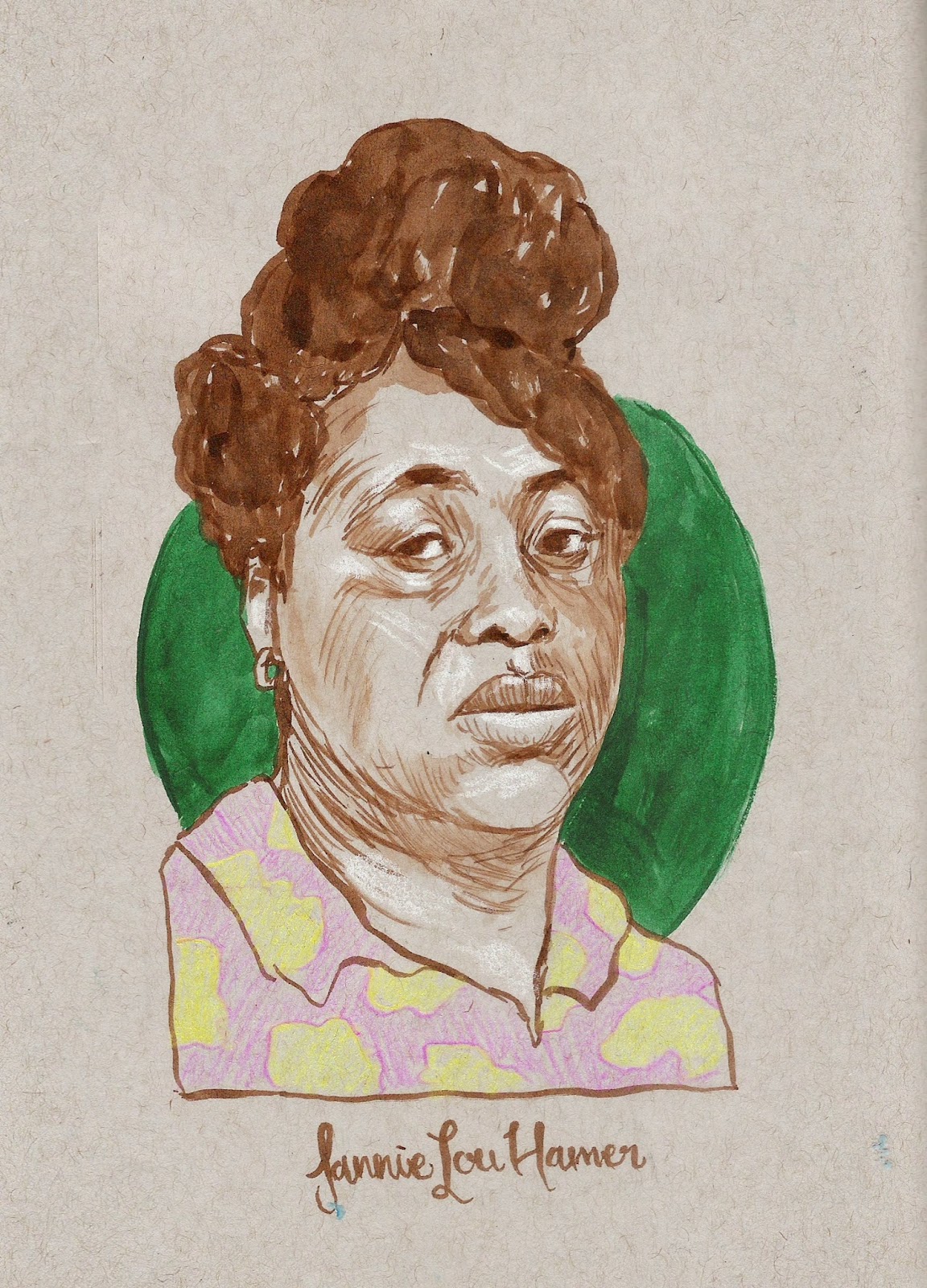 Listen to what Ms Fannie Lou Hamer had to say here. For those not hip, Fannie LOU Hamer was one of the most gangster activists and voting rights advocates on the planet who was threatened and beaten just for registering Black folks in the South to vote so they could have equal representatives in the making of laws and policy which governed their lives. She was a G! I drew this for Inktober in 2014.

If you dig this check out: Olive Morris (uk)
Want this Print? $20 (includes shipping)
Got an idea for an org to donate 30% cost to? Email me info@robdontstop.com 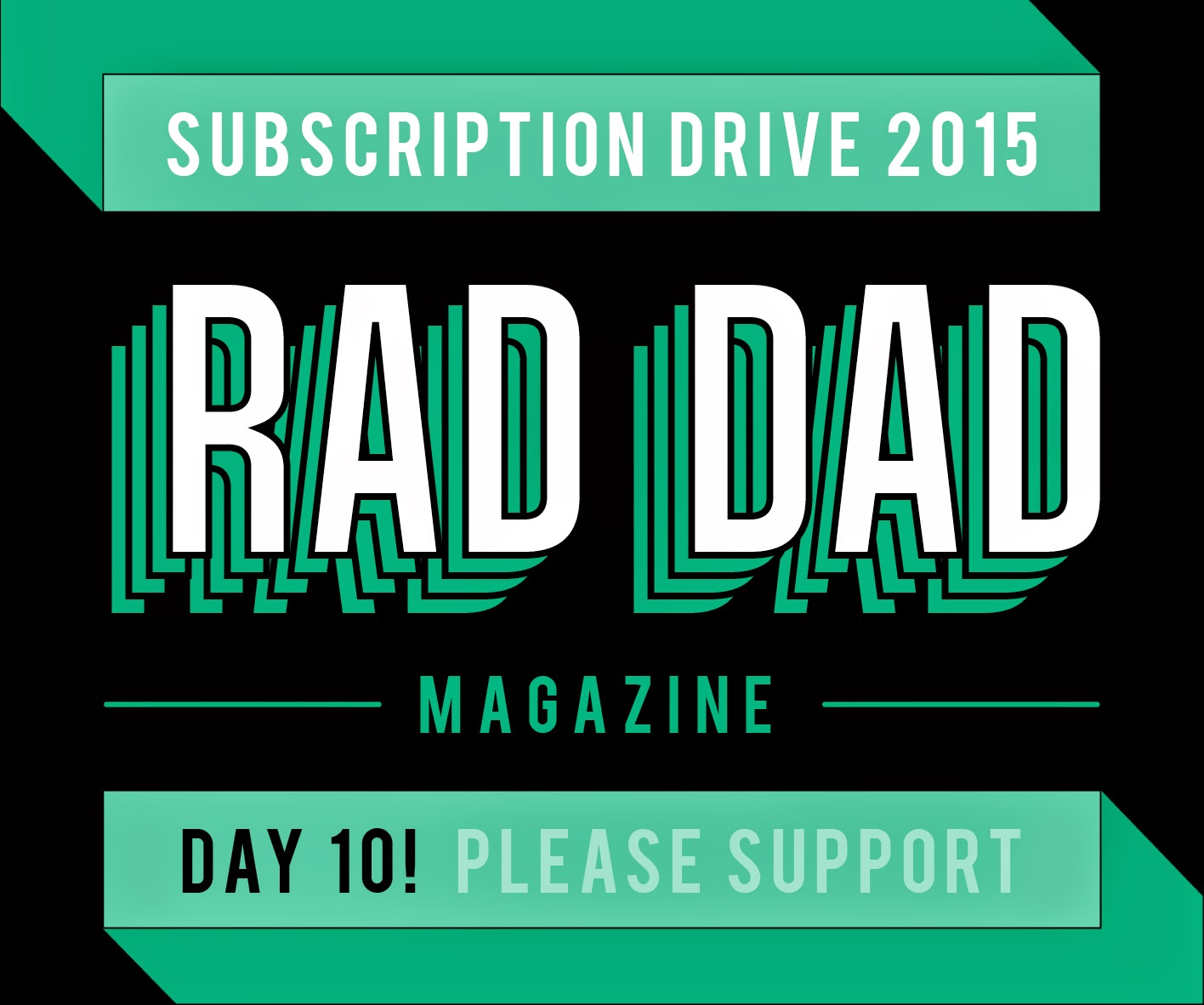 Here is an article/interview about the Rad Dad Magazine founder Tomas Moniz explaining how Rad Dad came to be.
LINK: Mutha Magazine feature

Its Rad Dad Day 10, if you have the time or capacity please pass along the campaign link to friends, family, and definitely other parents. 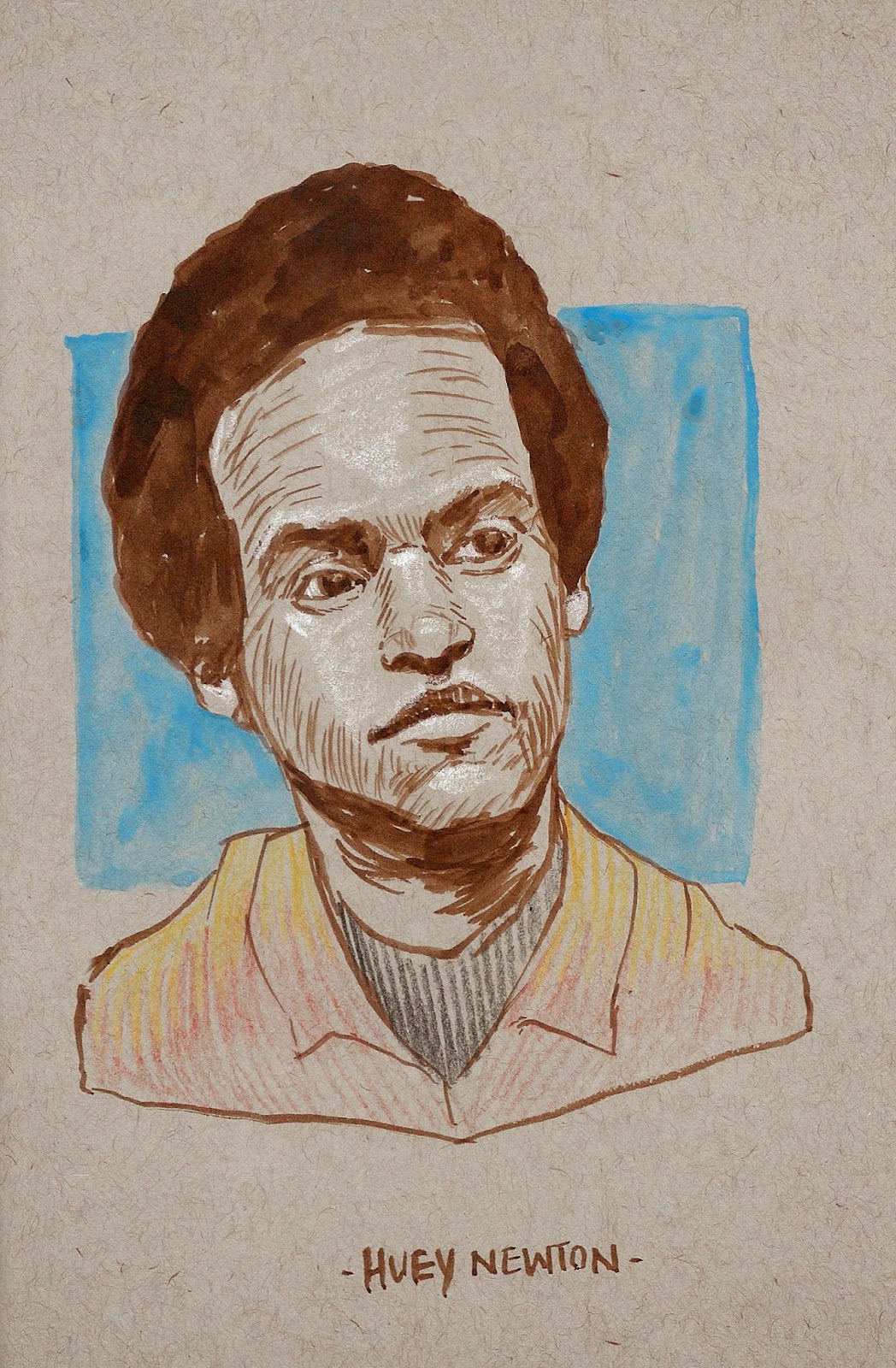 Huey Newton (Co-founder of the Black Panther Party for Self Defense) once said:
“When we started patrolling the police many community people could not believe at first that we had only their interest at heart. Nobody had ever given them any support or assistance when the police harassed them, but here we were, proud Black men, armed with guns and a knowledge of the law. Many citizens came right out of jail and into the party, and the statistics of murder and brutality by policemen in our communities fell sharply.”

Want this Print? $20 (includes shipping)  Got an idea for an org to donate 30% cost to? Email me info@robdontstop.com

Some campaigns worth supporting

And of course, Rad Dad-a magazine made by radical fathers of every hue
0 comments
Email ThisBlogThis!Share to TwitterShare to FacebookShare to Pinterest
Labels: CounterPULSE, Miss Rizos, Rad Dad Magazine, The Seshen

Inktober 4-Don't shoot or shoot back? 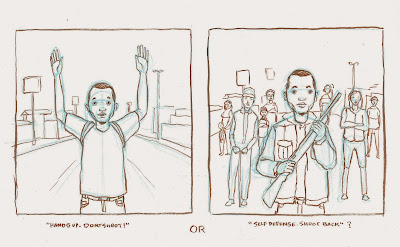 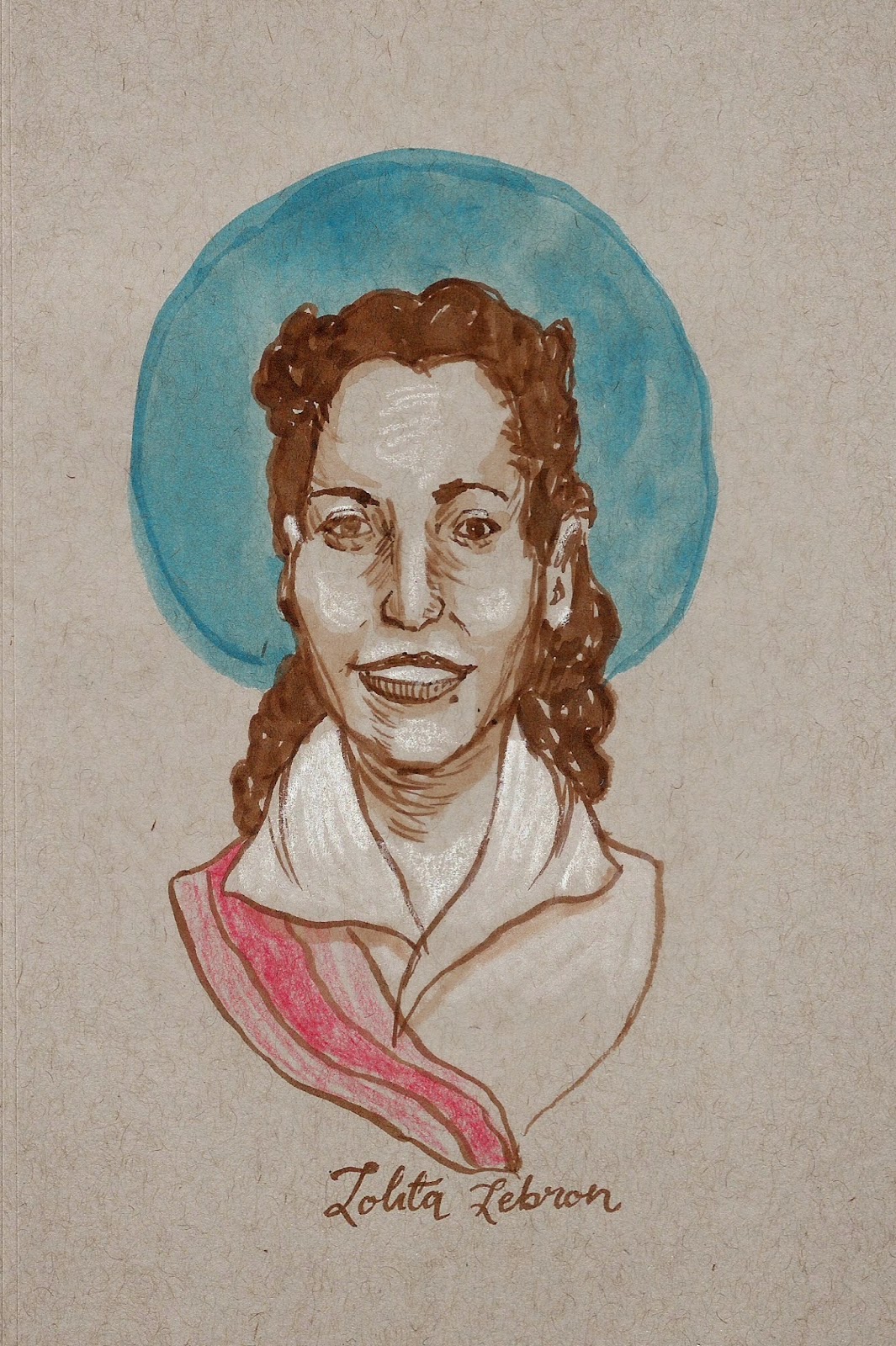 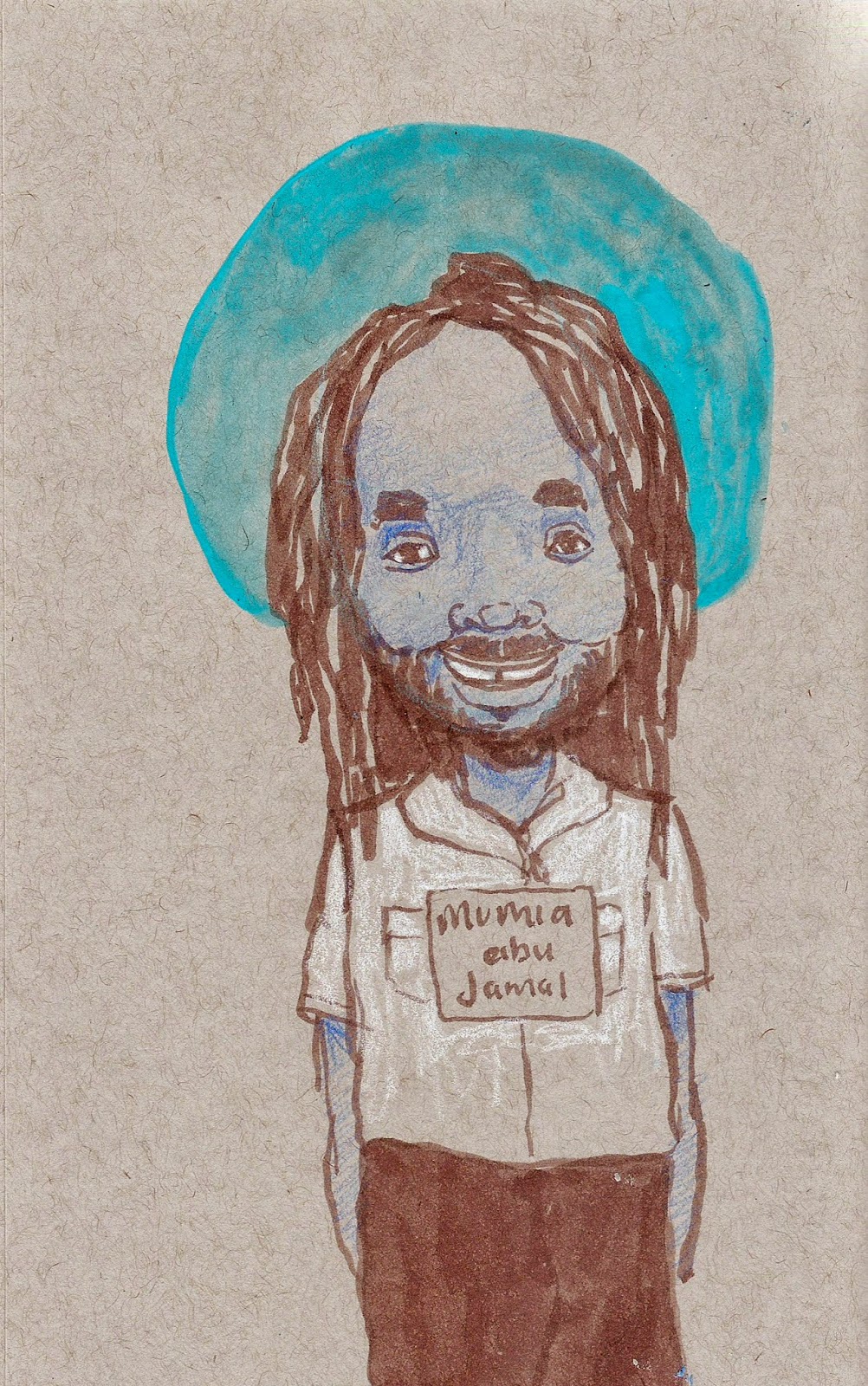 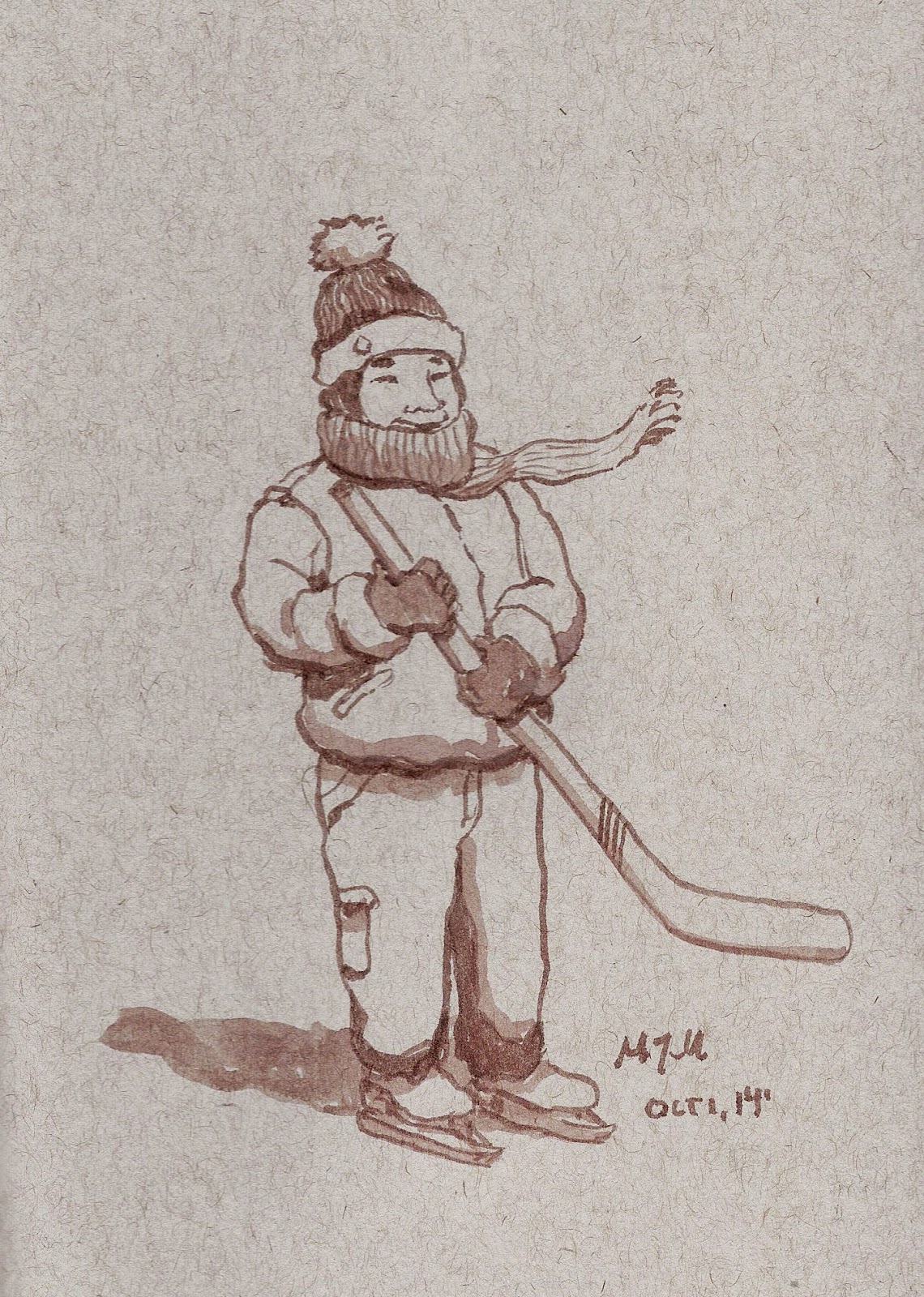