The Feminist on Block Y

Just watched this and it is an amazing short film about patriarchy, toxic masculinity, feminism, and the society we live in.
Please watch THIS
0 comments
Email ThisBlogThis!Share to TwitterShare to FacebookShare to Pinterest
Labels: Feminism, inspiring, Inspiring stuff, male dominance, PATRIARCHY, sexism, toxic masculinity 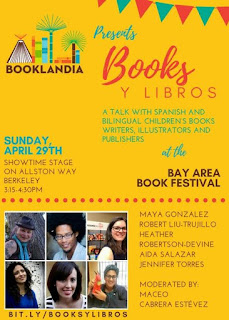 Yo, I will be speaking on a panel about bilingual books with some local authors. Two of which are very good friends! Maya Gonzalez (OG) and Aida Salazar. If you're around, come listen to us talk and come say hello.

Also, if you're looking for bilingual books in Oakland go check out Booklandia section and story time at Kelly's Corner in the Laurel District. 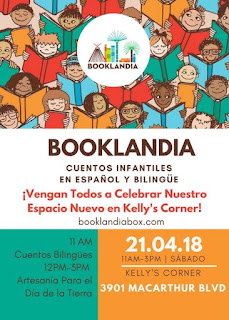 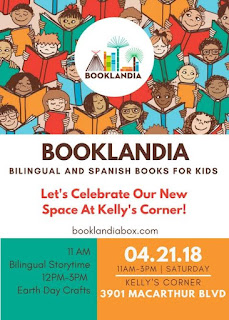 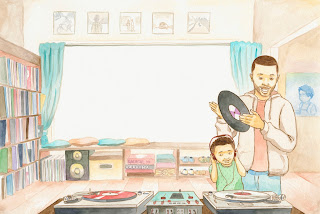 Where all my father's that dig at? This is a scene from my book Furqan's First Flat Top. Had to put that in the book because I love music and records. I grew up with them and I plan to pass them on to my son some day.

Just wanted to remind folks that its record store day and to go support your local record store by buying vinyl, tapes, cd's whatever you can still play in your home or car. If you're in the Bay Area here are some spots I recommend: 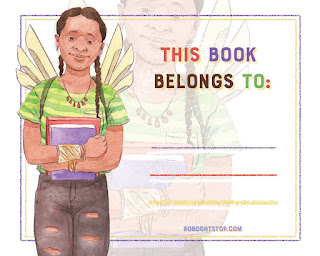 Yooo, just finished this Book plate. For those who don't know a book plate is a way for parents, librarians, teachers, etc to label who a book belongs to. It may be that you got a book gift from a baby shower or you want to put your classroom name on a class book. It is for any of those things. I just finished up my first personal online store so you can purchase the book plate from me there either individually, or in packs. 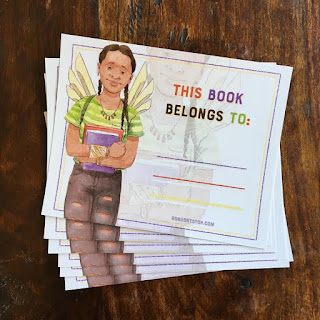 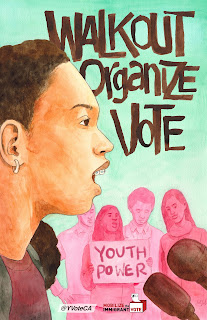 This poster is for youth to use in walkouts around gun violence (police are a huge part of that) and more; commissioned by Mobilize the Immigrant Vote and YVoteCA.

MIV organizes with Black, Latinx, and Asian folks across California to get elders, adults, and their grand children involved in local, city, and state elections to fight back against racist policies. I had the pleasure of being an artist in residence with MIV creating portraits of members and illustrating scenes to help non Black POC understand African American migration in the US. YVote CA is a group also organizing from northern, southern, and central California. Specifically, millennial voters since they are 1/3 of the population and the nation's most diverse population. Please follow both to learn more  and support.

Voting: I understand many men and boys my age don't give a #$%^ about voting. You have reason to be skeptical because we are dealing with an imperialist, capitalist, sexist, homophobic, and racist government (multinational corporations). I get it. But, after spending time with young men and women I can say that there is a lot to learn about laws & policies affecting your block, neighborhood, city, and state. If you're not going to promote voting, cool. But please support folks in grassroots or community organizations who are "organizing" because talking shit is not enough. Thank you to those men who are already doing this.

And for the record I believe any reform on gun violence must include disarming the police across the US. I believe women & youth must be at the forefront of the conversation and their opinions treated with respect. 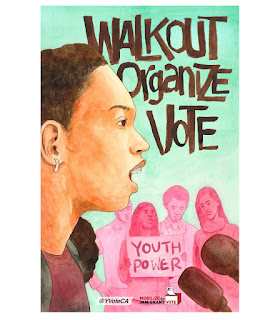 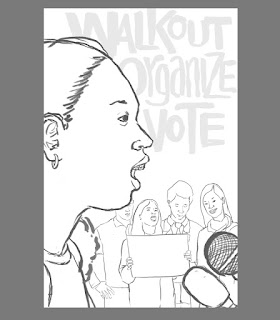 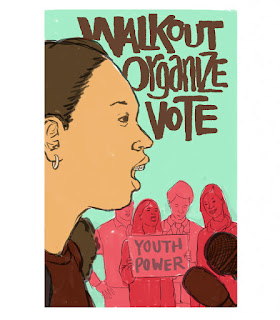 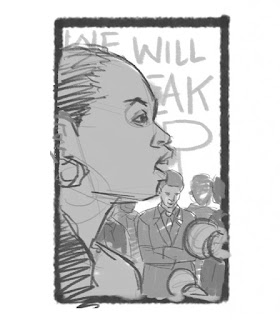 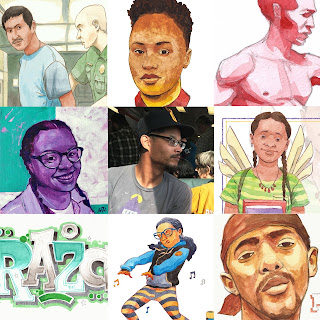 If you follow this blog you already know me. But for those who are new my name is Rob. I have been working as a freelance artist for over 12 years (life long artist). I love working in traditional media doing portraits, scenes, and lettering. My subjects revolve around music, storytelling, social justice, and ethnic studies. 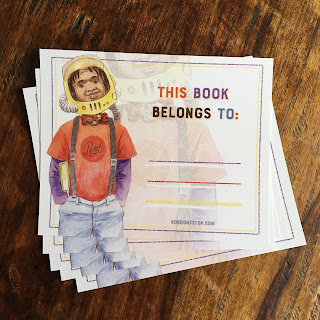 Here is a new item for book lovers, baby showers, parents, kids, and librarians. A bookplate is a sticker to identify your favorite books with your name or your library.
Purchase HERE

The Future is Ours to build - ACLU poster

Just got my copy in the mail. This is a poster illustration I just finished for ACLU, which is probably my third time working with them. Both the Northern and Southern California chapters. This poster was created for a conference this coming weekend by ACLU to talk with activists, organizers, and folks who lobby for new laws. And its about reimagining the future, hope, and building a collective future.

Check out some process art. 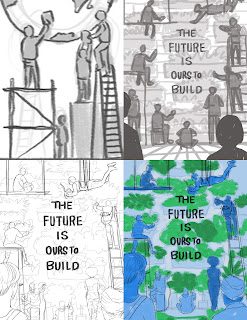 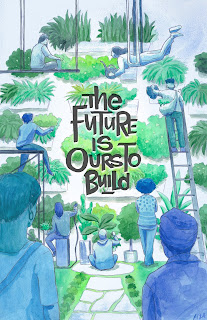