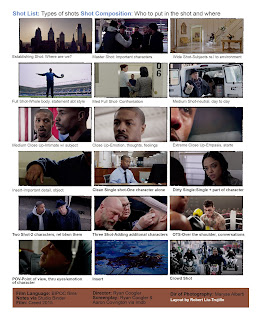 Here's a film about boxing that I love. Ryan Coogler and Michael B. Jordan have a great rapport. They seem to get each other and I think they've worked on four films together now. Anyone, this addition to the Rocky saga is a super intelligent well made one. I haven't seen all the Rocky films but I've seen some and this fits right in. Michael B is the son of Apollo Creed in this flick.
This is a new series for me (a visual artist) exploring the language of film and tv. I love the medium like s many people and I want to learn more about how the best do what they do. Part of that is learning who does what, re-examining film and tv I love, studying shot composition, lighting, and camera moves. Anyway, if you're curious follow along.
Here's the previous film study- Juice 1992 film
Email ThisBlogThis!Share to TwitterShare to FacebookShare to Pinterest
Labels: black films, film, film study, filmmaking, inspiring, Inspiring stuff, maryse alberti, michael b. jordan, ryan coogler