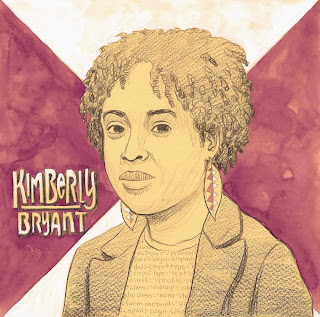 Kimberly Bryant is the founder of "Black Girls Code". She is an electrical engineer from Memphis, Tennessee born in 1967. She earned her degree at Vanderbilt college and began working for companies like Westinghouse, DuPont, Pfizer, and Genentech. But Parenthood has a way of opening your eyes to things that were not as noticeable before. BGC was founded because Kimberly's daughter took an interest in computer programming, but could not find a program as diverse as her city. So, she made one. It started in Oakland in 2011 at the HUB with Bryant teaching her daughter and some of her friends some basic coding. It has expanded to other cities in the Bay Area and has gone across the U.S. teaching young women of color in more inclusive spaces that reflect them rather than turn them away. If you are unaware, in the last 3-4 years large tech companies we use everyday started releasing their numbers and much to the tech communities surprise the number of Black folks and people of color were tiny. Founding BGC was a ground breaking move because it helped spark a conversation in the Black community, a movement of girls of all backgrounds to get into coding, and it helped Bryant secure funding to bring the program internationally. If you can see it, you can be it. And if an invite is extended people will come. Kimberly has been recognized by Forbes Magazine, Business Insider, the White House, Fast Co, Tech Crunch, and more.

You can purchase this original piece ( 8"x8" mixed media on paper) email at info@robdontstop.com. A portion will be donated to BGC!