Furqan's First- Why I hated reading growing up 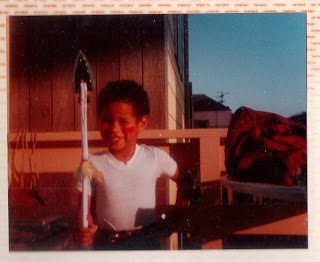 Why I hated reading growing up.

To me, books sucked! As a child I don’t remember many favorite children’s books. I wasn’t much into comics yet. I loved Graffiti Art and almost lost my mind when I met Dream and Spie from the TDK crew (Oakland).

My dad had foresight though. He made me read. When libraries paper catalogues for books and computers with black screens and green numbers; I had to get a book every month. Bring it home, read it, and tell him about it. Not only that, I had to comprehend it. I was (am) a very slow reader and understanding what I read was very hard. I’m thankful for this lesson though.

I had to read in junior high, but I could never remember any of the books (except “The Merchant of Venice”) because they didn’t speak to me. I read in high school and only really enjoyed the biology books. The novels were not about hip-hop or graffiti. Not one of the characters I read about was like me or into what I liked and that made me think books were not for me. I attended a high school that had African American and Raza studies (extremely rare) and there in my Black Psychology class taught by Mr. Davis and Raza studies taught by Ms Luna my curiosity for books began to open up. A little bit.

It wasn’t until after I took many classes as an undergraduate student at SFSU and dropped out of college to raise my first child that I really fell into the joy of reading. On my own. The person who brought me into this was not my mom or dad, although they did their best. It was Octavia Butler. I love science fiction and adored countless sci-fi films growing up but it was when I began reading her books that I found that joy, that high, that unmistakable feeling of losing one’s self in pages. In her stories I found characters like people I had met. Reading stories like hers and authors like Junot Diaz opened my imagination. 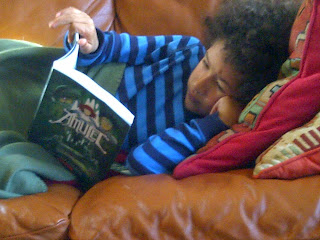 When my son was 6 we began reading more children’s books at night, specifically graphic novels. We picked up a book called "Amulet" by Kazu Kibuishi and his mind was completely blown. I had to push him to read it with me at first. But now, he has read more books as a 9 year old than I think I read in all my school years from kindergarten to high school. He loves to read in the car, on the bus, the train, even in the bathroom. I work my ass off to find books with characters from many backgrounds. It’s getting better, but we still have a long way to go.

I can’t help but wonder though now. Would I have picked up that joy at an earlier age if I saw a comic, children’s book, or a young adult novel that reflected me? See what I’m getting at? Furqan’s First is one of my biggest dreams come true. It is a way for me to be an activist and to use my imagination. Somewhere, somehow I hope that it will be a door, a slide, or a portal to a new world for a child. Maybe they will want to tell their story. Just maybe.

In case you missed it, I'm running a campaign for my self published project called "Furqan's First Flat Top" on Kickstarter. 28 days to go.
Email ThisBlogThis!Share to TwitterShare to FacebookShare to Pinterest
Labels: Art of Robert Trujillo, Furqans first, We need diverse books