I made short stories to get here- Furqan's First 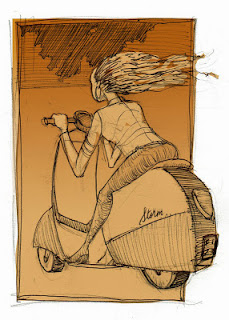 I once heard Will Smith tell a story about rebuilding a wall his dad tore down. I remember him making a metaphor out of the wall. It was about gradual steps that build something much bigger. Instead of seeing the wall as a huge task he saw it in pieces. He learned to lay the bricks that form a wall and that simple focused act soon rebuilt the wall. 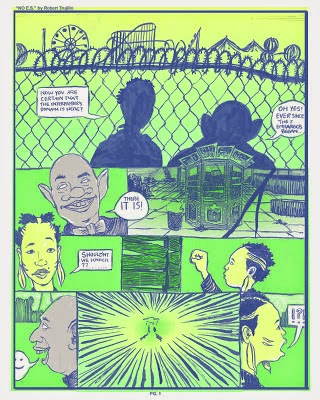 Four or five years ago I was doing my best to track down an editor/ director of a major bi-lingual publisher (shout out to Adriana!). I finally got a chance to meet with her in Manhattan and was so excited to “get published” that I was blind to a minor detail. I was not ready yet and neither was my work. I wanted her to give me a key to a door I was not yet ready to walk through. When she told me I needed to work on my stuff then and again later on I was crushed. I met with other artists in the field like Kadir Nelson who kind of said the same thing. And you know what? They were right. I wanted a short cut. I wanted it all without having done any work. I thought it was easy and that they should just give me a magic doorway to success. But it does not work that way. To really mentor someone or see the potential in a young artist, you have to see what they can do right? 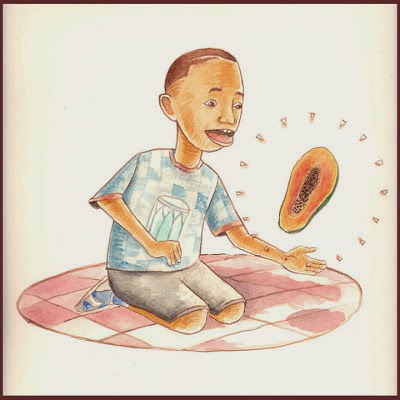 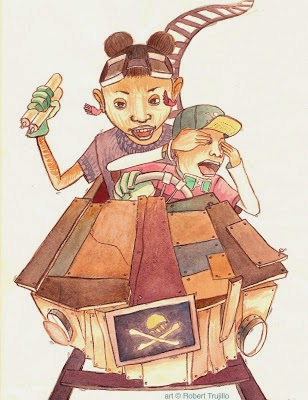 After I picked my ego up off the floor I reassessed what I was trying to accomplish and what I was doing. I was trying too hard to please. I wanted to tell the story that others wanted to hear. I was looking for approval from other people to do my thing. And I was too much of an amateur at storytelling to communicate my ideas clearly. I needed to study. I decided that I would practice and post up my practice so that it would make me accountable to myself and others started to take notice. I began a series of very short blog posts on various drawing skills or subjects. One of them, and perhaps one of the most important outside of drawing characters was my series of short stories. Every month and a half I would sketch, draw, or paint one image or more as an example page from a children’s book. Some of them came out awful. Sometimes I didn’t know where I was going with them. And sometimes they were dope. 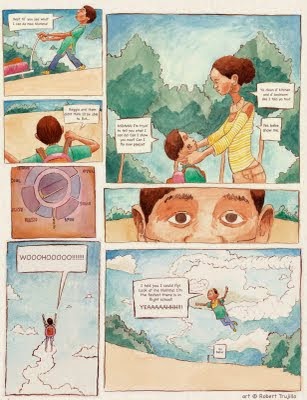 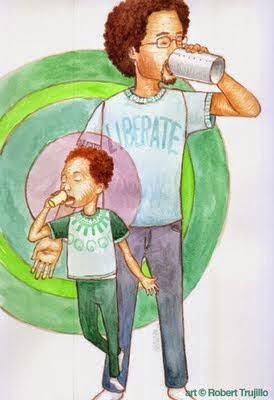 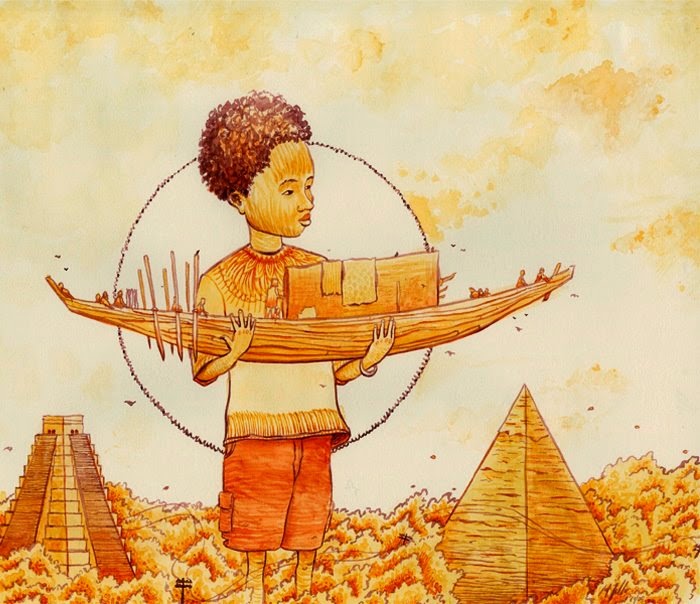 The first one I did was unintentional. It was a gift for my son. It was a portrait of him in a fantastical realm where Aztlan and Africa met. When creating these shorts I let myself have the freedom to use any medium I wanted to. I went with any topic I felt attracted to. I did it exactly the way I wanted to. I studied master artists in animation, film, concept art, comics, and children’s books. I began to try new techniques that I had either left in the past or had never tried before. And you know what happened? I started to build a portfolio of odd, weird, and sometimes magical illustration work that showed growth, dedication, fumbles, and sometimes even a bit of storytelling. This new series began to liberate me in a way that I had never felt before. 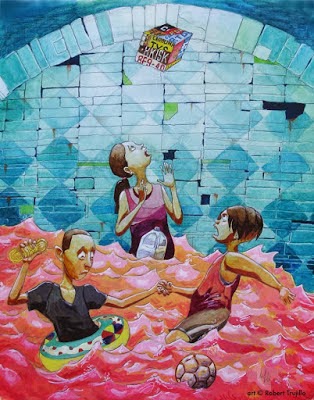 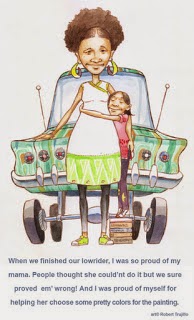 Furqan’s First Flat Top came from this place of searching and finding. I’m so glad that the editor, Kadir, and so many other mentors gave me encouraging but stern feedback. It toughened me, and made me more determined. I came up with many ideas on my own, which I want to turn into stories and Furqan is the first one. I have a long way to go and a lot to learn, but I feel more confident than ever about what I do. I’m happy to work with like-minded people who actually see and appreciate what I do. And I am quite comfortable doing it without any outside direction or advice; except that which I invite. And let me tell you, it feels pretty good. Folks don’t have to respond. They don’t have to say anything and often do not, but I love it when people get it. That is something I’m rather proud of. And that is why I bring you this short story turned full-fledged children’s book today. Thank you again for responding with support. Look for more stories from me. Stay tuned, more words to come. 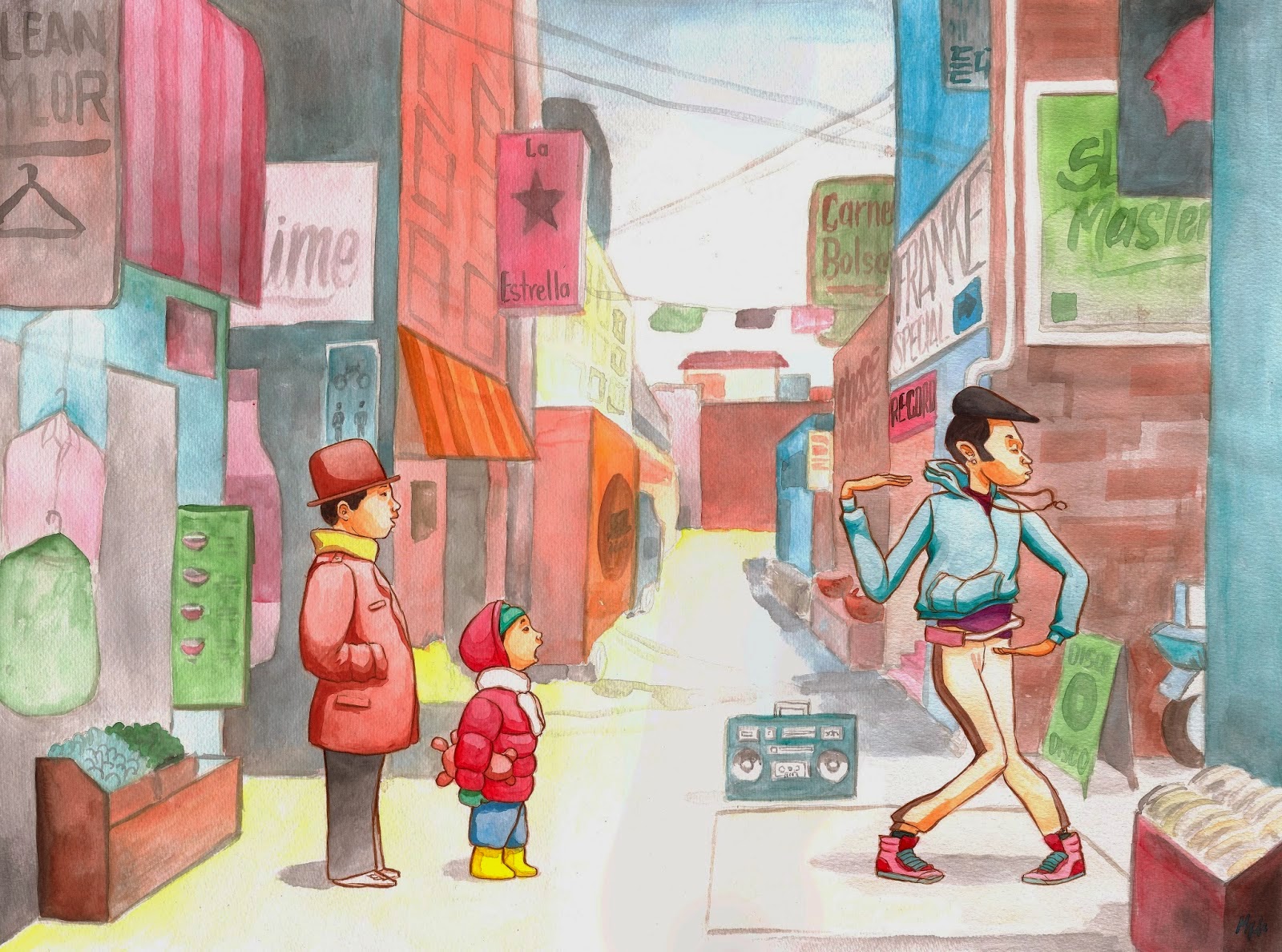 Yo!! In case you've been meditating on a mountain somewhere and have not heard, I launched a campaign to fund my first children's book called "Furqan's First Flat Top". Please go check it out, support, and pass it on. W only have 20 more days to make it happen.