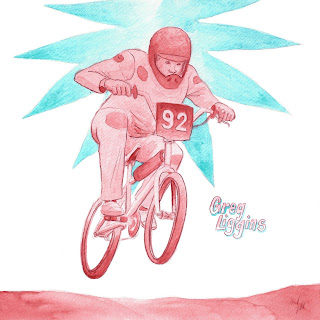 Greg Liggins is a BMX Rider from Hayward California. He came to prominence in the mid 80s for his speed and abilities on the track. He was so fast that he was called "lightning". He won hundreds of  trophies in his teens and early twenties. He would go on to break a record as the first rider to win four ABA (American Bicycle Association) races. He would ride for large bike companies such as Hutch and Jag. But, in the 80s his team for Hutch was invited to ride in South Africa. Although he was excited to travel he declined in protest once he found out about the apartheid and how Black folks were being treated. For this act of protest, much like Kapernick, he was let go and black balled from racing and his team. But, he stood by his principles and later went on to be a newscaster for KTVU. If you have any connections to Greg, please show him this piece.

As a kid who loved to ride my BMX bike, my GT, I was really excited to learn about Greg!

I just met this man today. Hope to see him again. I know him solely as a broadcaster.

Cool, tell him i'm looking for him if you see him!