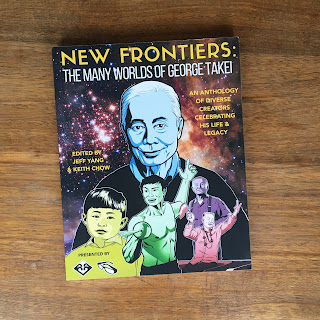 Yo, several years ago I got to work on my first comics anthology for Jeff Yang and Keith Chow who were putting together "NEW FRONTIERS" -The Many Worlds of George Takei! I was recently reminded of it somehow and I forgot to post it. Jeff and Keith did the Secret Identities anthology which is a ground breaking book of Asian American comics artists. Check out some process art. 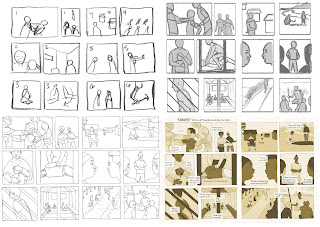 Looking at my piece now although I feel like I can do so much better, I'm glad for the opportunity to contribute to the book and to talk about being taken and forcefully separated from ones family as George Takei experienced during world war 2. This book came at a time when the forced separations of families was being expanded by both the Obama and the Trump administration. And I hope it serves as a way for young readers to understand the horrors and triumphs of it. Props to all the Japanese Americans who stood with Muslim and Latinx immigrants. Here's my piece. 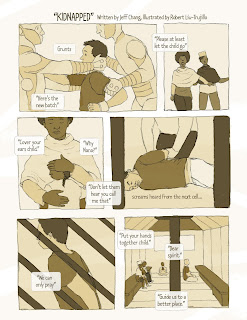 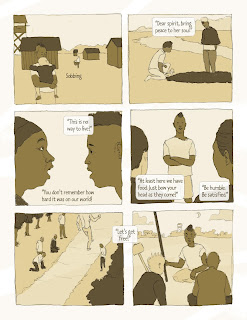 There are so many great artists in the book such as Ming Dolye, David Walker, Edgardo Miranda-Rodriguez, Cory Thomas, Ron Chan, Chris Visions, and so many more. Real talk, when this first dropped there were some accusations of sexual assault against George, so I paused as a lot of folks did. But I believe those charges have been proven to be false. I'm not a trekkie, but I've always appreciated George's stance on family separations, using his platform to speak out against injustice, and for being a proud gay Asian man. And shout out to Keith and Jeff for giving me chance.
You can get a copy here: Japanese American National Museum
And you can read more about the book via Nerds of Color
Also, if you're not familiar with it, check out the Latino Comics Expo, The Sol Con, and the Black Comics and Arts Fest.
Email ThisBlogThis!Share to TwitterShare to FacebookShare to Pinterest
Labels: Art of Robert Liu-Trujillo, comics, comics anthology, family separations, george takei, illustration, Jeff Yang, Keith Chow, kidnapping