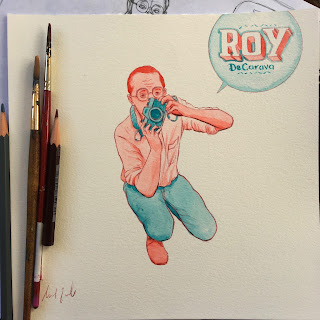 I first heard Roy's name mentioned by director of photography Bradford Young (Selma, Arrival). Roy was born in Harlem in 1919 and grew up there during the renaissance, the depression, and the rise of Be-bop. Roy started out as a painter and although he struggled to get scholarships for college made it to NY's Cooper Union and the Harlem Art Center. His early influence began with Charles White, but later switched to Photography for its immediacy and speed. He is one of the most incredible photographers working for many publications, putting out 5 books of his work including a collaboration with Langston Hughes. He was awarded by the Guggenheim foundation and had over 15 exhibitions of his work. Facing struggles to get freelance work, he started his own gallery which featured many top photographers. And he helped teach the next generation of African American photographers by starting a workshop called "Kamoinge". Roy passed in 2009 but his impact on the art form still lives.