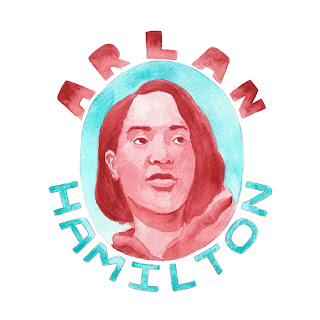 I first came across Arlan in 2017 through Tech Crunch. I was listening to talks about tech to understand how it was changing my hometown rapidly. That's when I heard Arlan speak about putting other Black women, people of color, women, and queer folks on. Originally from Texas Arlan was a big music fan who became tour manager and production coordinator for bands. She also was curious about tech and did enough research to earn a Masters Degree in venture capitalist funding. Once she saw the opportunities venture capitalists were missing and got to work to establish Backstage Capital.

Fast forward four years and they've invested in over 100 companies! All of them are run by Black women, people of color, queer folks, and women. Why? The big tech companies we use daily started as tiny companies that needed seed money to grow. but who gets that money is incredibly unequal. Surprise, surprise! Actually over 90% of the large Venture Capitalist are white men which unfortunately means the folks Backstage now funds were overlooked and ignored. Arlan secured over 30 million in funding to seed these people to kickstart their small companies who could one day be the next big thing. And she is one of the only queer Black women ever to do this.

She is now in demand as a public speaker, she created several podcasts, has graced many magazines and news outlets and created a company that is truly giving folks a shot who were previously being blocked. Some of the companies her company (which is now a big team) has invested in are travel, financial tech, music instrumentation, self care, facial recognition, renewable energy, and healthcare. Her company started in Silicon Valley and has grown to include programs in the Bay Area, LA, Detroit, Philadelphia, and London. If you get the emails from Backstage they also include monthly highlights of successful new companies, jobs, tips, accelerator, and all kinds of resources to get your business idea going.

And she's only 39! Big ups for being smart and betting on people who were previously ignored Arlan.