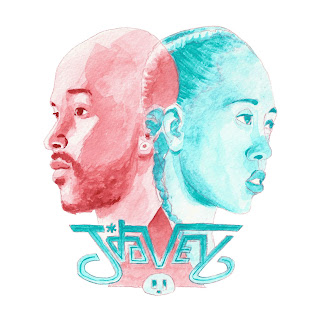 I don't know if musicians now realize the impact that this group had on what we hear today. There have always been groups who blended styles to make something new, but few did it like these two. This group broke ground on the mixing of music, fashion, design, and so much more. Formed in the early to mid 2000's Brook D' Leau and Jack Davey like many artists took advantage of the new digital platform Myspace to get their music out there. And like so many groups before them, they hit the road hard perfecting their stage presence and performance all over the US and internationally. From the mid 2000's up until the mid 2010's their output of shows and music took elements of hip hop, punk, electronic music, soul, and rock and made something I hope you'll listen to if you've never heard them before. They performed on some of the biggest stages, reached thousands of fans digitally, got nods from some of the greats, and they did it all independently.

I first came across them through the Bay Area's own Honor Roll crew. Trackademics (who was working with them) put me on to them. It wasn't until I moved to Brooklyn that I truly felt and began to absorb what they were doing. The ability to move between styles so seamlessly is tough. I just barely missed them at the 4th Afro Punk fest in Brooklyn. That year I saw a young Janelle Monae for the first time and my homies band Game Rebellion. My crew TYS had been painting live murals at the festival and left for a nationwide mural tour the day before they performed. Babysitters, work, life, etc kept me from seeing them live but I have listened to their songs over and over and the music they made is Black History sonically. A mix of genres, and genre-less. Funk, sharp, sexy, raw, soulful, and extremely talented as composers, song writers, and performers.

Shout out to Jack and Brook who are still making art in various ways. Thank you for the music and inspiration. Electric Cowabonga!