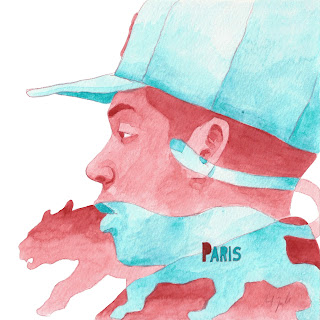 I still remember playing my cassette of "The Devil Made Me Do It" as a 5th grader in El Cerrito California. I would come home from school, finish my homework, and press play. I can't remember how I was steered to Paris-The Black Panther from San Francisco, but whenever I think of the history of Bay Area Rap, Hip Hop, and revolutionary thought I think of Paris among many others.

Paris broke some sonic barriers on the west coast by incorporating funk, bass, hard drums, and sharp lyrics that talked about the Panther Party, revolutionary movements, the evils of the US Government, real attempts to dumb Black folks down, the Nation of Islam, Drugs, Hood violence, economic self sufficiency, respect for Black women, and being aware. Studying. Not only that but he produced, made the beats slap by studying the funk of Larry Graham and George Clinton and adding his style to it. Something else P-Dog did was put other people on such as Oakland's own Conscious Daughters and T-Kash.

Over the years of major label and independent projects Paris has worked with Public Enemy, Dead Prez, The Coup, Immortal Technique, E40, Kam, Fredwreck, Mc Ren, KRSONE, Mystic, DJ True Justice, and many more. His music has been featured in many films and TV shows as well. If you're not familiar with this cat go check out Guerilla Funk Recordings. Respect!