Throwback- Characters from The Last Dragon 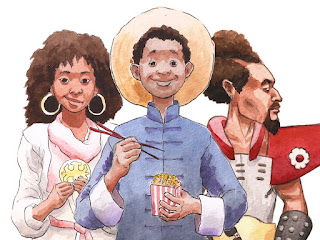 Yo, if you're a fan of 80s films check out this trio of characters from the classic 80s cult film The Last Dragon.
Trailer link
The film was released in 1985 and featured Taimak, Vanity (rip), Julus Carry (rip), Mike Starr, and a young Ernie Reyes Jr!The director Michael Schultz also made Colley High, Car Wash, and Crush Groove! And the brother is still working today.  Sadly we lost both Vanity and Julius who played Sho Nuff, but even three decades after its release folks like me still love this film produced by Barry Gordy and written by Louis Venosta.
Back in 2016 I painted sho Nuff from the film: 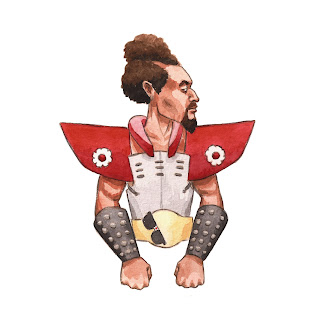 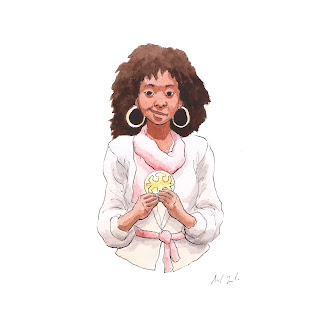 and Bruce Leroy from the film. 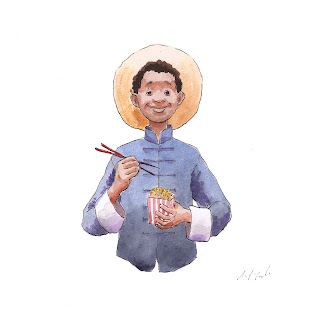 If you like my character work please check out some collages of characters I've made in the past:
2020-2018 Character collage
2018-2017 Character collage
and here is a portfolio of my illustration work Robdontstop.com
Email ThisBlogThis!Share to TwitterShare to FacebookShare to Pinterest
Labels: Art of Robert Liu-Trujillo, character design, film, Martial Arts, The Last Dragon, watercolor painting